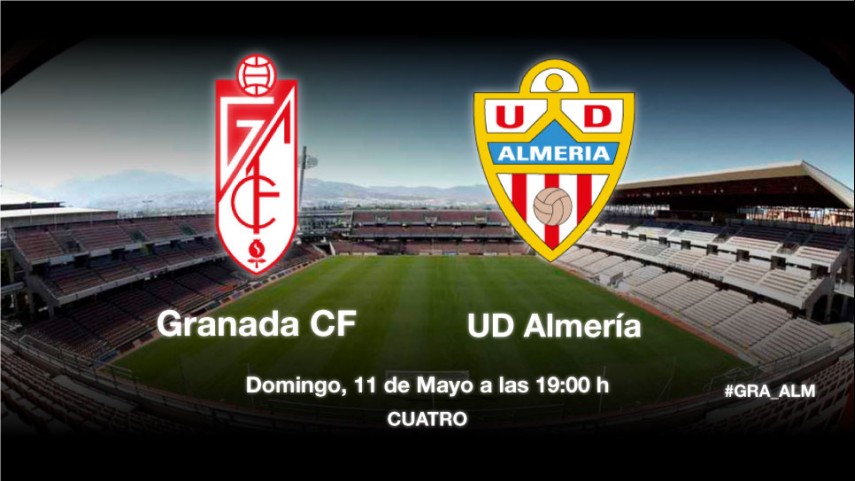 A fight for survival in Los Cármenes

Granada and Almería, on 38 and 36 points respectively, will be scraping it out for three important points to move away from the drop zone.

The Granada CF play host to UD Almería on matchday 37 of the season, in an encounter both sides will desperately looking to win. With just two points separating them, both Andalusian clubs need to pick up points in order to secure safety in the Liga BBVA for next season.

The home side, which has a larger margin for error than Sunday's opponents, heads into this encounter on the back of getting a valuable point in Anoeta, so a win against Almería would consolidate the 1-1 draw against Real Sociedad. "We'll be trying to play our best football, with maximum intensity, and will be looking to improve on last weekend's result", Lucas Alcaraz declared. The Granada manager will be without the suspended Recio.

Meanwhile, Almería will be full of confidence having picked up two wins on the bounce against Real Betis Balompié and RCD Espanyol. Francisco will have to make do in this game without the use of two important players: Suso, who received his marching orders in the last match, and the injured Helder Barbosa. On the other hand, Ángel Trujillo and Sebastián Dubarbier make their way back into the squad after completing their suspensions. "We will be treating this like another final and if we get a positive result it will allow us to be hopeful ahead of the last match of the season. That is what we are looking for from this match", the Andalusian coach declared.