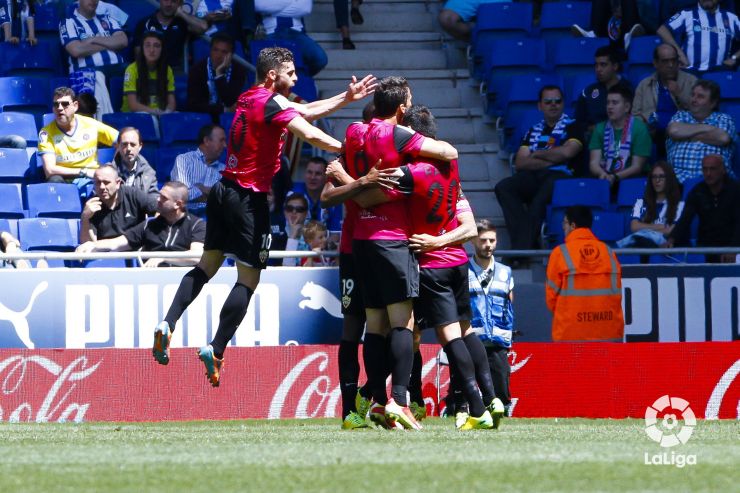 The Andalusians, who were 1-0 down at the break, ended up beating Espanyol 1-2 to keep their hopes of staying in the division alive.

Almería beat Espanyol 1-2 in Sunday's first Liga BBVA matchday 35 encounter. Thanks to a spectacular second half performance, the Andalusian side was able to put an end to a run of four defeats on the bounce as well as keep its chances of staying up intact.

The first half was a fairly even affair, with neither team creating much in the way of danger. The first real chance of the game came in the 40th minute, when a Sergio García shot fired across the face of goal. However, the home side found the mark the next time of asking when, two minutes later, a great pass from Sergio García found Christian Stuani who made it 1-0.

Stuani was at the centre of things again early on in the second half, although for different reasons. This time the Espanyol forward picked up his second booking, leaving his side with just ten men. After that, Almería began to grow in confidence and, with hard work, were able to turn the result around in just three minutes. Fran Vélez scored on his debut in the 69th minute, a first goal in the Liga BBVA that will be difficult to forget. Then minutes later Suso gave the visitors the lead with a superb free kick.