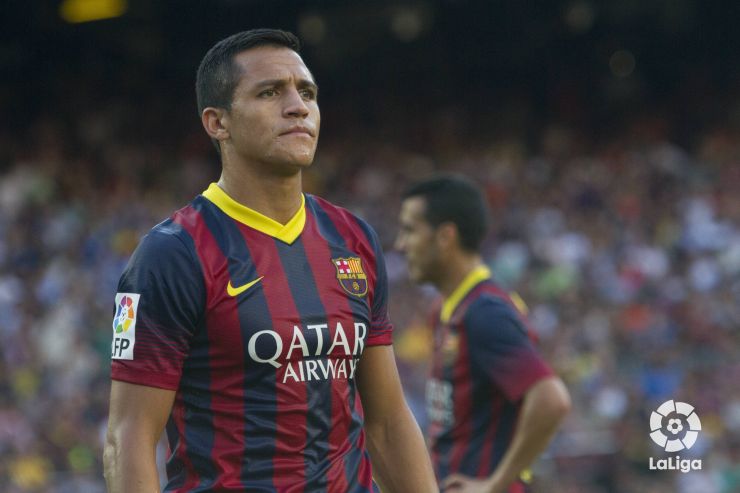 A century for Alexis

The Chilean player celebrated his 100th match with Barcelona and is playing his best football since arriving at the club.

Goals and hard work. A lot of hard work. This is the philosophy that has helped Chilean forward Alexis Sánchez celebrate his century match with his best football since arriving at FC Barcelona and, quite possibly, the best of his career. And what better way to celebrate it than by finding the net. His goal against RC Celta de Vigo after just nine minutes of play upped his count to six, making him one of the top strikers in the Liga BBVA.

You cannot argue with the statistics. The player has 32 goals and six titles, including 72 victories, with the Azulgranas to his credit. Alexis Sánchez has managed to find a place in a team that is rife with talent and the Chilean has become one of 'Tata' Martino's key players. It looks like this season could be one of his best as a professional.

The forward made his debut against Real Madrid CF in the away leg of the Spanish Super Cup in 2011 and also celebrated his 50th match with the team against the Whites. He failed to find that net that day, but Real Madrid seems to have become his favourite opponent, as it is one of the teams he has scored most against (three goals). Alexis Sánchez has progressed so much as a player that his century match looks like being a platform from which he will continue to grow.