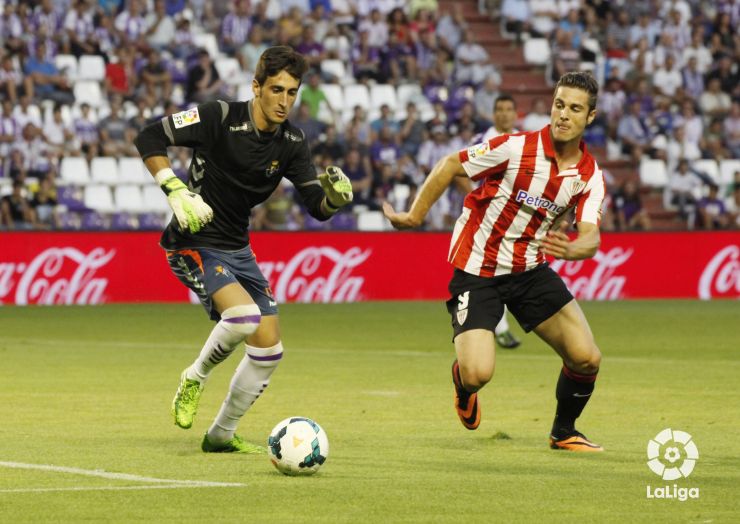 A big clash in San Mamés

Athletic and Valencia fight it out to climb even farther up the table in San Mamés.

Ahtletic Bilbao will be hoping to return to winning ways in the Liga BBVA against Valencia CF again after losing to Granada CF last weekend.

To help the Lion’s coach, Ernesto Valverde, with this objective is the good news that Enric Saborit and Aritz Aduriz are back from injury, with the latter having spent the whole week resting. Ibai Gómez will miss the encounter though. Valverde spoke of his optimism heading into this match, during his pre-match press conference: "I see more positives than negatives, we are capable of working hard and improving". He also talked about the team’s upcoming rival. "Valencia is enjoying a good run of form. It is a team well used to bringing the game to the opposition and is also fighting for a Champions League place".

Valencia’s last three wins have seen the team climb into the European positions. Miroslav Djukić will travel to Bilbao without Diego Alves, João Pereira or Juan Bernat, who at the last minute was struck down with lower back pain. Coming back into the fray for Los Che is Hélder Postiga up front.
Dukić expressed his desire to get a win in San Mamés. "If you are scared there’s no point even trying", he said before adding: "You have to be daring in Bilbao and look to win from the get go". The Balkan coach added that his team "has plenty of room for improvement", and also pointed out that "we have quality players with a lot of first division experience. With the recent wins our objectives up front are becoming clearer and clearer".