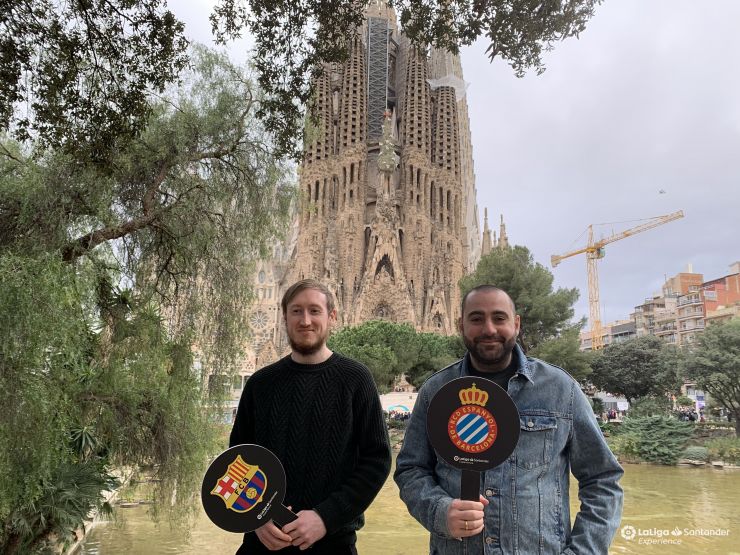 They already proved their knowledge in last season’s #LaLigaUltimateXpert challenge, but which of the Silk Sport Georgia and Premier Sports UK & Ireland guests would be crowned Top Winner of the latest LaLiga Experience?

Competition winners Levan Mataradze (Silk Sport Georgia) and Andrew McDougall (Premier Sports UK & Ireland) faced off against each other and with RCD Espanyol stars in a bid to win the coveted Top Winner trophy on the LaLiga Experience.

It all started during their official welcoming ceremony, with McDougall getting off to a winning start in the ‘Guess the correct crest challenge’. The British superfan then joined forces with RCD Espanyol women’s team star Adriana Martin for the ‘Tic tac toe challenge’, overcoming Mataradze and Martin’s teammate Marta Turmo in a hard-fought battle.

Mataradze did claim victory in the ‘Barcelona derby challenge’ with a clean sweep of correct answers about RCD Espanyol and FC Barcelona’s rivalry, but it wasn’t enough to claim the Top Winner prize. McDougall was presented with the trophy by perico legend Raúl Tamudo in a special ceremony before the match on Sunday.

The two guests also had the chance to put RCD Espanyol men’s team stars Javi Puado and Nico Melamed to the test during their trip in the “Do you know your teammate challenge”, before heading off to lunch overlooking the RCDE Stadium with World Cup winner Joan Capdevila.