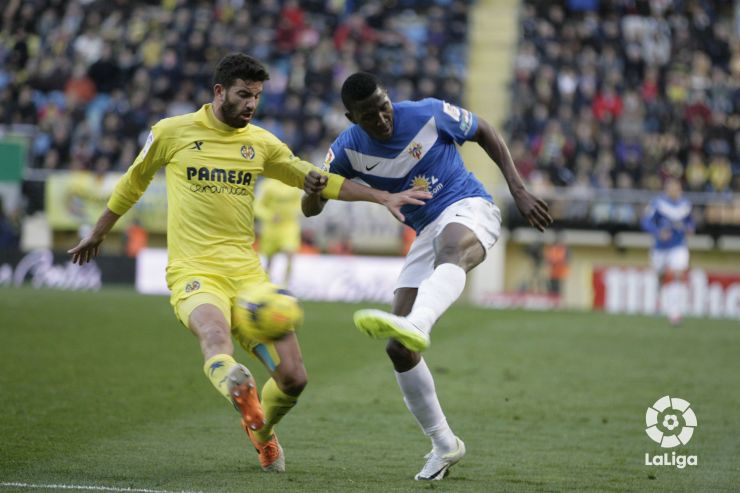 The young 21-year-old striker became the first player from Burkina Faso to score in the Liga BBVA on Sunday. His goal gave Almería victory over Getafe.

Jonathan Zongo will never forget UD Almería's win against Getafe CF on the 21st matchday of the Liga BBVA.

The young 21-year-old striker's goal not only helped his team to escape the relegation zone, it also made him the first player from Burkina Faso to score in the Liga BBVA. A corner from Suso in the 48th minute ended up in the back of the net via Zongo's head to give three huge points to Almería against Getafe and to make history.

Zongo, a Burkina Faso international, is starting to settle down in the Liga BBVA, having left his mark on the Liga Adelante last season. The powerful striker came to Spain at 18 years of age from US Ouagadougou, the team from his place of birth, and before making his Liga BBVA debut, he shared his time between Almería's reserves and the first team.

After 28 matches and scoring a goal last season that helped the Andalusian club win promotion, Zongo debuted in the first match of 2014, which resulted in a win against Granada CF, making him the first player from his country to play in the Liga BBVA. Subsequently, the team's coach, Francisco, who knows the player very well, played Zongo in the next three matches.

It may be a coincidence, but in his first venture in the Liga BBVA, Zongo seems to have been touched by a magic wand. While the team won on his debut, in the match which brought his first goal in the Liga BBVA Almería won again and escaped the relegation zone.