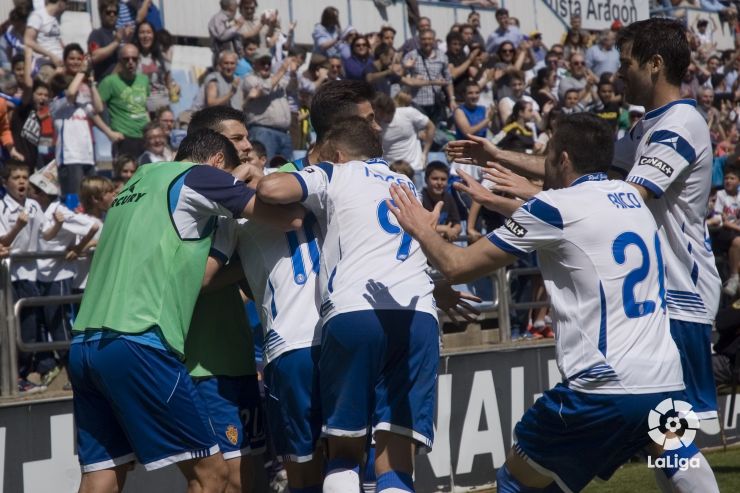 The side from Aragon were victorious thanks to a goal from Luis García, in a match in which Víctor Muñoz’s team overcame an unrecognisable Eibar.

Real Zaragoza beat SD Eibar 1-0 in the game that opened Sunday’s play on matchday 33 of the Liga Adelante. The result means that the side from Aragon moves up to twelfth position while the armeros drop from the top into second position.

The first 45 minutes of the match were very well balanced and both teams could have gone one up were it not for their poor finishing. The best chance fell to home striker Roger Martí, who had a one-on-one with Xabi Iruretagoiena to make it 1-0, but the visiting keeping managed to block his shot. The Basque team’s striker Mikel Arruabarrena also could have given his side the lead as he attempted to head home a cross from the left wing, but he also failed to find the net.

In the second half, Víctor Muñoz’s men had the greater conviction and were much more committed up front. Midfielder Luis García could have scored his team’s first but he failed to strike the ball properly. His header a few minutes later, however, was well executed and finally broke the deadlock to give his team the lead. Gaizka Garitano’s team barely stepped foot in their opponent’s box. Their midfielder Jota Peleteiro, who was very lively in the first half, was not nearly as noticeable in the second. In the end, Zaragoza’s search for a second goal proved fruitless but the three points stayed in La Romareda.