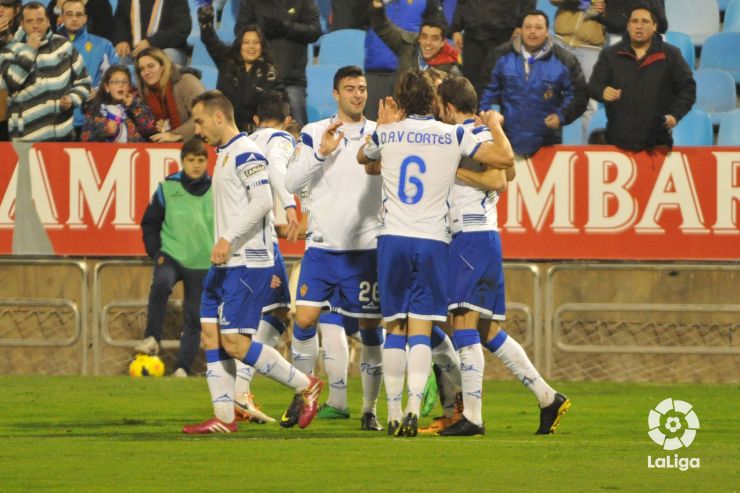 Zaragoza and Sporting continue their ascent

A Zaragoza victory over Alcorcón and Sporting’s point mean both teams move closer to the top of the table as Deportivo can only muster a draw against Girona.

With the Liga Adelante season now at its halfway point, emotions are beginning to pick up. The close fight at the upper end of the table means that the title is still wide open for the start of the second half of the campaign.
Deportivo de La Coruña was held to a scoreless draw with Girona, who thanks to getting two draws in a row now climb out of the relegation zone. Despite not winning, Fernando Vázquez’s men are still top of the table, although other teams are shortening that lead.

Sporting Gijón and Real Zaragoza took advantage of the Galicians’ hiccup to narrow that gap at the top of the league. The Asturian outfit picked up a point away to Tenerife, who is slowly moving away from the danger zone. One of the biggest winners in the upper end of the table during matchday 21 was Zaragoza, a convincing win against Alcorcón sees the team move to fourth place where it is level on points with SD Eibar and Recreativo de Huelva.

Another highlight of matchday 21 was Sabadell’s victory in the Nuevo Colombino. The Catalan side is currently enjoying a four match-winning streak which has seen it climb to ninth place, just one point off a Liga BBVA play-off spot. It was also a good weekend for Mirandés fans as their team beat CD Lugo to climb out of the relegation zone. Quique Setién’s side meanwhile has gone ten matches without a win and closes the first half of the season with fourteen points, just two points above the drop zone.