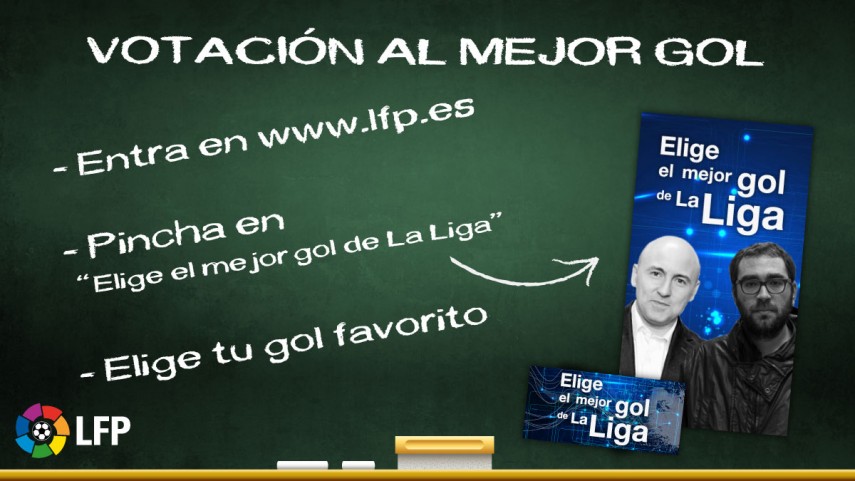 You can now vote for 'Best Liga Goal'

Choose, alongside Maldini and Axel Torres, your favourite goal from the Liga BBVA and Adelante in 2013/14.

The wait is over. You can now vote for the best goal scored in the Liga BBVA and Liga Adelante last season. After a thrilling end to the season, two expert football pundits in Axel Torres and Julio 'Maldini' Maldonado have selected their five best goals for LFP.es. Now it's your turn to give your opinion and choose your favourite score with a simple click of the mouse.

LFP.es users can vote from now until 27 September for the best goal of last season in the two divisions. The winners will receive the Best Goal prize in the LFP Gala to be held on 27 October.

The nominations are a varied selection of goals that the Liga BBVA and Liga Adelante players offered spectators during the 2013/14 season. Now, in conjunction with these two expert pundits, fans can choose the most outstanding goal.

The Liga BBVA and Liga Adelante offered a staggering figure of more than 2,000 goals that made our competition the most brilliant in the football world. Now, twenty of them will bid to become the most spectacular goal in each division.

You can choose your favourite goal easily and in just three steps. Go to the 'Best Liga Goal' section of our website and, after selecting a video and watching it to the end, you will be able to cast your vote. You can also vote using the Liga de Fútbol Profesional App, where users can also watch and enjoy the best goals of the season.