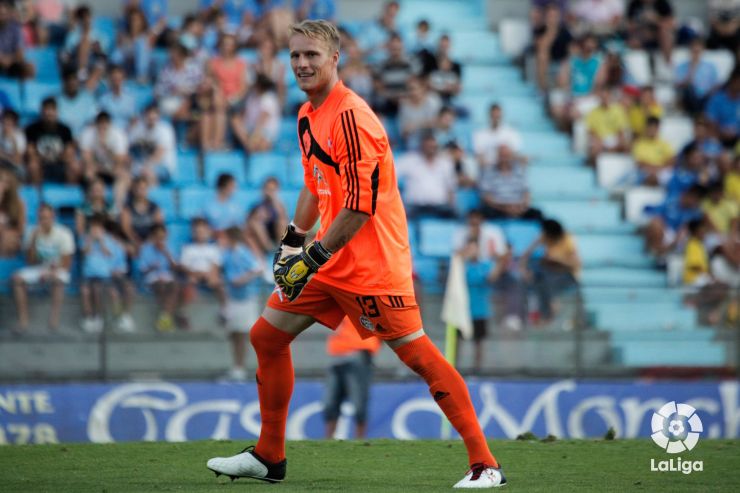 The ex-Celta player will provide another option between the sticks for Valencia in their next Liga BBVA campaign.

Valencia CF continue preparing for their 2014/15 Liga BBVA campaign with new signings. After the arrival of Rodrigo, André Gomes, Nicolás Otamendi, Rodrigo De Paul, the Ché have confirmed the "loan with an option to buy" of Yoel, from RC Celta de Vigo, for next season.

Yoel started his football career at the Galician side’s academy, where he played four seasons before stepping up to the first team. In the Balaídos he played three years in the Liga Adelante before going to CD Lugo on loan, where he made the number 1 shirt his own, earning himself a return to the team from Vigo.

In his last year with Celta, Yoel played 35 Liga BBVA matches and played more minutes than any other player on Luis Enrique’s team.