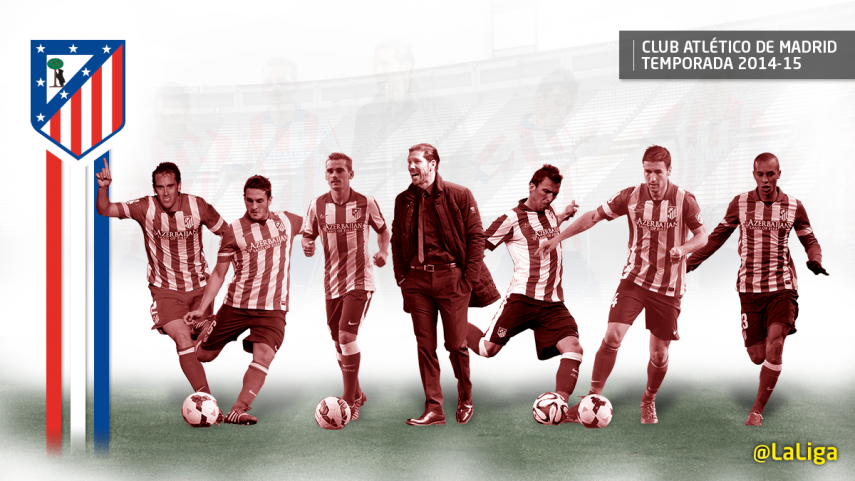 As Atlético de Madrid prepare for the Supercup of Spain and for the new season. We take a look at the details of their bid to defend the Liga BBVA title.

The motto "match by match" helped Diego Pablo Simeone crown Club Atlético de Madrid champions of the 2013/14Liga BBVA, and now the team will have to take things “championship by championship” if they are to stay at the top of Spanish football. The first step en route to that goal is winning the Supercup of Spain against Real Madrid CF to get off to a flying start to the season.

While last year the fans were gifted one of the most exciting leagues in recent memory, this season Simeone’s understudies will be looking to stamp their authority once more and make 2014/15 their year of consolidation.

They will have to embark on the challenge with a squad that has undergone certain changes, but is just as competitive as the last one. Without three key members of the team (Diego Costa, Filipe Luis and Thibaut Courtois), goalkeepers Jan Oblak and Miguel Ángel Moyà, defenders Cristian Ansaldi, Guilherme Siqueira and Jesús Gámez, and forwards Antoine Griezmann, Mario Mandžukić and Raúl Jiménez will be responsible for delivering the magic to the fans this time around.

A year full of challenges

The bar has been set high, but Simeone believes in his men. The Rojiblancos have in front of them two important challenges: the first is defending the title that finally brought FC Barcelona and Real Madrid down a peg after years of supremacy and allowed the statue of Neptuno to celebrate another Liga BBVA after 18 years of waiting.

The second will be to maintain the fortress the club created in the Vicente Calderón, where they were unbeaten in the entire competition. Away from home they only lost four times and in total collected 28 victories and 6 draws. 90 points and 77 goals took them to the pinnacle of the table and helped they make history in Europe.

Despite the good football and the strategy of Atlético throughout the last season, there were two titles they failed to get their hands on; the Copa del Rey and the UEFA Champions League; they stumbled against Real Madrid in both competitions. For this reason, another great season in Europe and a good performance in the Supercup of Spain next week will be the best way for the Rojiblancos to pick up where they left off.