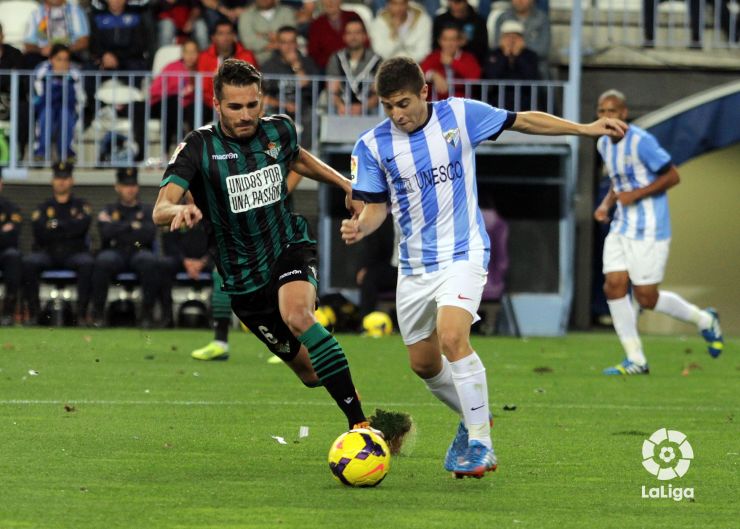 Xavi Torres out for four to five months

The Betis player ruptured the Achilles tendon in his left leg during the Europa League match.

Qualification for the last sixteen of the UEFA Europa League was bittersweet for Real Betis Balompié. 11 minutes into the second half of the match against HNK Rijeka, Xavi Torres went down with an injury and had to be replaced by Rubén Castro.

After the pertinent medical tests, Betis' medical services have determined that Xavi Torres has ruptured the Achilles tendon in his left heel. The verdiblanco midfielder will undergo an operation and is expected to be sidelined for four to five months.

The midfielder from Jávea has been a key player for Betis this season. Juan Carlos Garrido, the team's coach, sent his player a message of optimism. "We should come together in situations like this and help him as much as possible so that he can recover", said Garrido, who also took the opportunity to send his "best wishes" to the player.