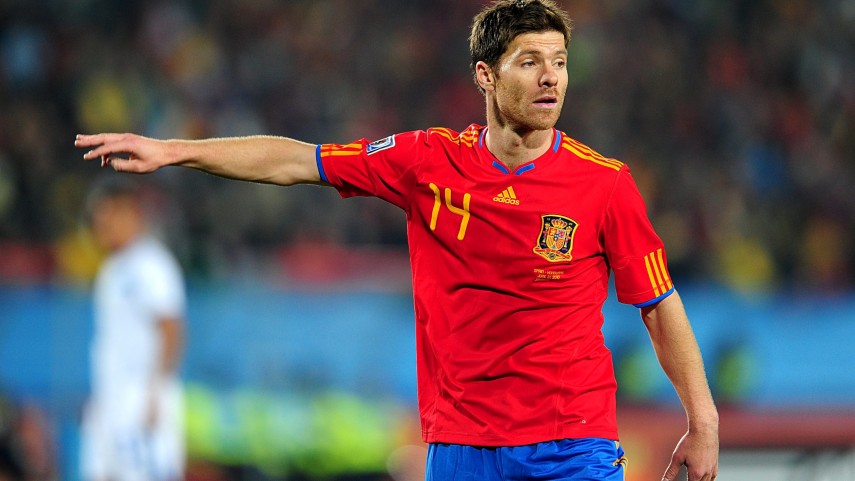 The Real Madrid midfielder, capped 114 times and winner of two European Championships and one World Cup, has announced his retirement from the national side.

Xabi Alonso, the Real Madrid midfielder, announced his retirement from Spain on Wednesday in an emotional letter in which the player born in Tolosa (Gipuzkoa) explained the reasons behind the important decision.

"The most difficult thing is knowing when to say goodbye and, after a lot of thinking, I believe that time has come", reads the text. The 32-year-old player leaves his national side after playing 114 matches and making history by winning the UEFA European Championship twice (2008 and 2012) and a FIFA World Cup (2010). "I am bringing a glorious spell with Spain, which started more than 11 years ago, to an end, having been part of a historic generation that made a dream come true for millions of fans".

Xabi Alonso started his time with his national side on 30 April 2003, at just 21 years of age, in a match against Ecuador that Spain won 4-0. His last match representing his country came on 23 June this year, in the 3-0 victory over Australia in the group stage at the World Cup in Brazil.

"I'd like to thank all my coaches, the employees here and all the millions of fans who have always shown me affection and respect. Iñaki Sáez, the unforgettable Luis Aragonés and Vicente del Bosque are figures that will always remain with me for having helped me grow so decisively, both professionally and personally", said the midfielder in the letter.

Finally, Alonso also wanted to thank all the teammates with whom he had shared a dressing room for Spain and the clubs he has served: "From here I would like to thank each and every one of them for everything they have done for me and taught me during this unforgettable stage of my life. Thanks to Real Sociedad, Liverpool and Real Madrid for opening the doors for me to a unique dream".