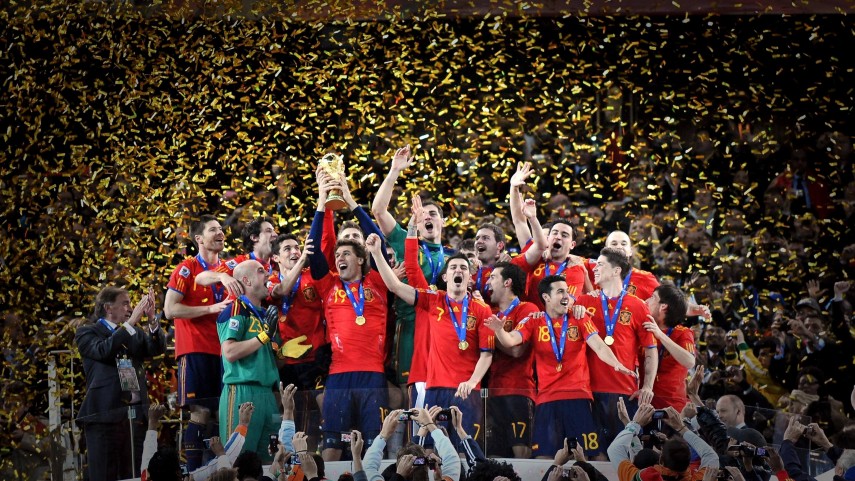 Brazil 2014 will be epicentre of world football and some historic moments will be witnessed. Check out all the statistics and figures on the most important football tournament in the world at LFP.es.

The 2014 FIFA World Cup gets underway on Thursday with the game between Brazil and Croatia. However, the tournament also welcomes another 30 national sides and a total of 736 footballers who will look to make history in the most important event for nations. LFP.es invites you to take a look at some of the most curious statistics and figures.

World champions Spain arrive in the South American country aiming to claim their fourth major title in a row after winning the UEFA EURO 2008, the 2010 South Africa World Cup and the UEFA EURO 2012. In all their successes the saving hand of Iker Casillas has played a part. The Real Madrid CF goalkeeper has more caps (154) than any other player in any team going to Brazil. The Spain captain could also lift his second World Cup, which would make him one of the most successful players in Spanish footballing history.

The universe of stars that will shine at the Brazil World Cup come from the best leagues in the world and, naturally, the Liga BBVA is among them. FC Barcelona has the third highest number of players travelling to the World Cup, with 13 internationals, behind only FC Bayern München and Manchester United FC. Real Madrid also feature in this particular list, contributing with twelve footballers who include Xabi Alonso and Sergio Ramos, for Spain, and Cristiano Ronaldo for Portugal.

This World Cup could see another striker being crowned the top-scorer in the history of FIFA's competition. The record, held by Ronaldo Nazário, a former player for the likes of Madrid and Barcelona, could be broken by the German forward Miroslav Klose. The Brazilian striker scored 15 goals in three World Cups (1998, 2002 and 2006), while the Mannschaft player is very close behind with 14, needing just 2 goals to beat his record. Will there be a new top scorer in Brazil 2014?

In addition, the Spanish team can boast of being the only side in which all its footballers played in the 2013/14 UEFA Champions League, followed by Germany, with 18 players. The current world champions have a squad that includes three European club champions (Ramos, Alonso and Iker Casillas) and four finalists (Juanfran Torres, Koke, David Villa and Diego Costa). The list also includes seven Barcelona players who reached the quarter-finals of the most recent Champions League. In total, 14 of the squad of 23 selected by Vicente del Bosque play in the Liga BBVA, and all of them were involved in the continental competition.