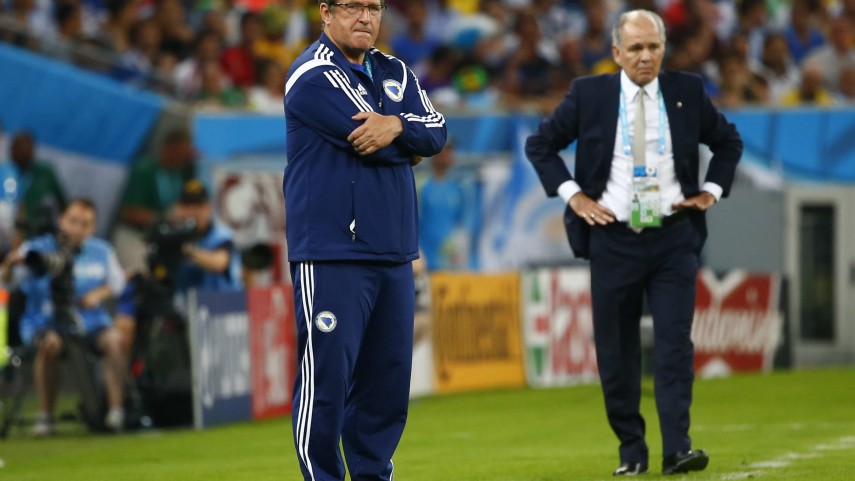 He was the greatest Bosnian player during the twentieth century and played in the 1982 and 1990 World Cups. As a manager he has got Bosnia to its first ever World Cup.

In the late hours of Sunday night and into Monday morning, Bosnia and Herzegovina took on Argentina in their first ever group stage match at the FIFA World Cup. It was against the same opposition that Safet Sušić played his last ever World Cup game with Yugoslavia. That was in 1990. During the two World Cups he was part of as a player, Sušić, a Balkan footballing legend, scored one goal against the United Arab Emirates.

His role in the side
Safet Sušić 'Pape', who the Bosnia and Herzegovina Football Federation named as the nation’s greatest player during the twentieth century, made his first World Cup appearance in 1982 when the tournament was held in Spain. The Yugoslavians did not make it out of their group, in which they took on the host nation in their second match, but 'Pape' started every game.

Their performance during the World Cup
Yugoslavia stood out during the group stage in Italia 90. In their 4-1 thrashing of the United Arab Emirates, Sušić scored his only goal in the competition. They then sent Spain out of the Round of 16 in extra time. In the next round Ivica Osim’s men had the reigning world champions – an Argentinian side led by Diego Armando Maradona - against the ropes, and only missed out on a place in the semi-finals after losing to the South Americans on penalties.

Before and after
Four years later, Sušić got his managerial career started at AS Cannes. The Bosnian coach has also worked in Turkey (where he managed five teams) and Saudi Arabia. After the all the suffering of the Balkans War, Sušić went down in history after getting the 'Blue Dragons' to their first ever World Cup. He has a very talented generation on his hands as well as a country that wants to continue dreaming.