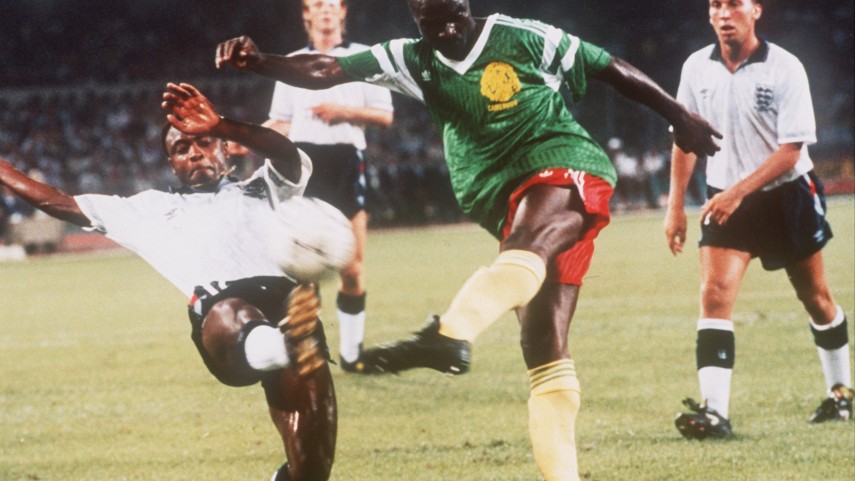 The 38-year-old came out of retirement to lead Cameroon to the quarter-finals of the 1990 World Cup. Four years later, he became the oldest player to feature in the tournament.

Roger Miller lived a life less ordinary. So much so that he changed his surname in search of greater notoriety in Africa in 1966. Five years before that, at just 14 years of age, his football career got underway. His reputation within the continent of Africa, where he was now known by his new surname, 'Milla', saw him represent Cameroon at the 1982, 1990 and 1994 World Cups. He became one of the continent’s most important players thanks to his memorable performances during Italia 90.

The role his country played
Valery Nepomnyashchy’s modest Cameroon side was the surprise package of the tournament. They gave England a real scare in the quarter-finals and came agonisingly close to reaching the semi-finals of the competition. The African nation was able to match one of the most highly rated teams in the tournament throughout the match, but ended up losing 2-3 in extra time. Despite the defeat, Cameroon became the first African team to finish among the top eight sides on the planet, something that earned them the nickname "the indomitable lions".

His World Cup journey
38 years of age was not the time to say 'no' to the sport he loved. He dusted off his recently hung-up boots after receiving a phone call for the president of his country. That was enough to spur the recently retired Milla into travelling with his national team to Italy and become the leader of his country. As a result, he put a cherry on top of a career, while hard fought at times, helped change African football for the better.

He was not able to play a full 90 minutes, but his mastery and instinct on the pitch helped his country surpass all expectations. He scored four goals in Italy, all of them after coming off the bench. He celebrated his goals with his now trademark corner flag shuffle, as fondly remembered as the goals themselves. As well as that, he carried Cameroon to the quarter-finals and found his way into the hearts of football fans all over the world.

Before and after
His story does not finish there though. Just when the world thought the Yaoundé-born striker would return to the easy life of retirement, he then competed in the 1994 FIFA World Cup in the USA. His participation was a clear sign of the values that earned his name a place in the history books, having recorded a curious feat: becoming the oldest player to ever score in the World Cup.

The indomitable '9' is a unique character. The Cameroonian received the recognition he never had while playing in Europe. French crowds got to see him in action and show off his fearsome dribbling skills. Valenciennes FC, AS Monaco FC, SC Bastia, AS Saint-Étienne and Montpellier HSC were his clubs during his footballing career. But none of those sides came near to topping his love for his national team.