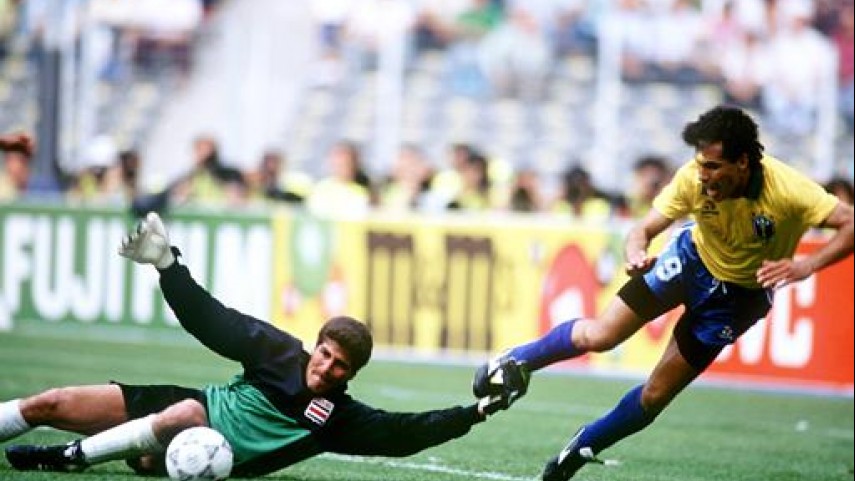 The goalkeeper shone at Italia 90 as Costa Rica made their first appearance at a World Cup.

He wasn’t the captain of his side. Nor was he a well known keeper. But he shone and had an absolutely terrific Italia 90 tournament, standing out as one of his country’s star men alongside Ronald González, Juan Cayasso and co at their first World Cup. He is still involved with the national team…

His role in the side
Costa Rica were the Cinderella story of the competition, but few people were left to doubt that they were up for the fight. It was their first World cup and they left their stamp on it. Luis Conejo was one of the main reasons for this, taking the side through to the last 16, where they lost 1-4 to the old Czechoslovakia in a game that Conejo missed through injury.

Their performance at the World Cup
They beat Scotland in their first game (1-0) and then a draw with Brazil was followed by a 2-1 win over Sweden, in which the goalkeeper, before getting injured, produced a string of impressive saves that impressed the world: miracle hands, impossible reflexes and strong wrists to keep out pile-drivers from the Swedes.
Conejo only conceded two goals at the Italian World Cup, something which saw him go down in the history of Costa Rican football, and put himself on the international stage.

Before and After
The 1990 World Cup was the high-point of Conejo’s career. Many publications chose him as the tournament’s best goalkeeper, and he was inundated with offers. One of these brought him to Spain, to the Benito Floro’s Albacete Balompié.

During the World Cup in Brazil, Costa Rica will carry the mark of Conejo. He is the current goalkeeper coach, and it will be Keylor Navas who will try to repeat his compatriots exploits of 24 years ago.