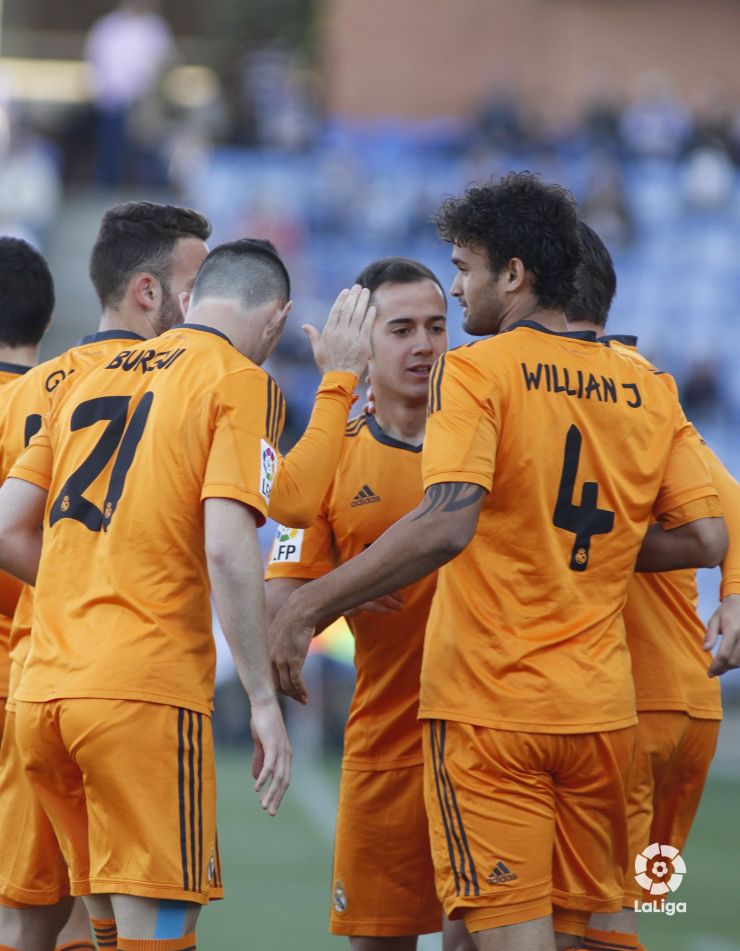 Willian stars on a goal-filled weekend

The Castilla player scored a hat-trick against Recreativo in a match in which Joselu was also outstanding. Šćepović, Jona, Yuri de Souza and Masoud also scored braces.

Liga Adelante matchday 30 left the table largely the same as, despite their draw with Hércules CF, SD Eibar are still in command, followed by RC Deportivo de La Coruña and RC Recreativo de Huelva. However, the biggest news of the weekend was the number of goals scored. As many as six players scored two or more in their respective games.

There are few feelings in football that compare to scoring the winning goal for your team. One blow can change the result, the fate of the team or the morale of an entire stadium. This is how Real Madrid player Castilla Willian José da Silva stole the spotlight this week.

The Brazilian striker opened his Liga Adelante account in style with a hat-trick against Recreativo in a match that his team won 3-2. The standout player for Huelva was Joselu, whose brace was not enough to save his team from defeat. The hat-trick in the Nuevo Colombino stadium was the second in Willian's career after the one he scored in 2012 in the colours of Santos FC.

But it was not the only match in which two different players found the net more than once. In the Real Jaén CF - Real Sporting de Gijón clash there was a battle between two of the league's top goal-scorers.

Spanish-Honduran Jona Mejía and the Serbian Stefan Šćepović were the stars of the game with two goals each, although the Honduran took the spoils, as his second gave his team the three points against one of the sides that has been at the top end of the table all season. Both teams have scored 34 goals in the championship, bettering nine other teams in the division.

This exclusive list of 'multi-scorers' in last weekend's Liga Adelante is closed out by Masoud Shojaei, of UD Las Palmas, and SD Ponferradina's Yuri de Souza. The Canary Island team's Iranian player led his team's goal-fest against CE Sabadell FC (5-0) bagging their first two, and making this season his best since arriving in Spain (with five).
For his part, the Brazilian striker, who is in the midst of his fifth season with Claudio Barragán's team, with whom he found the net 21 times last season, also led his side to its first victory in the last five matches with two goals, one soon after kick-off and the other at the end of the game. With these new goals to his name, Yuri tops his side's list of goal-scorers, which was previously led by Fofo.