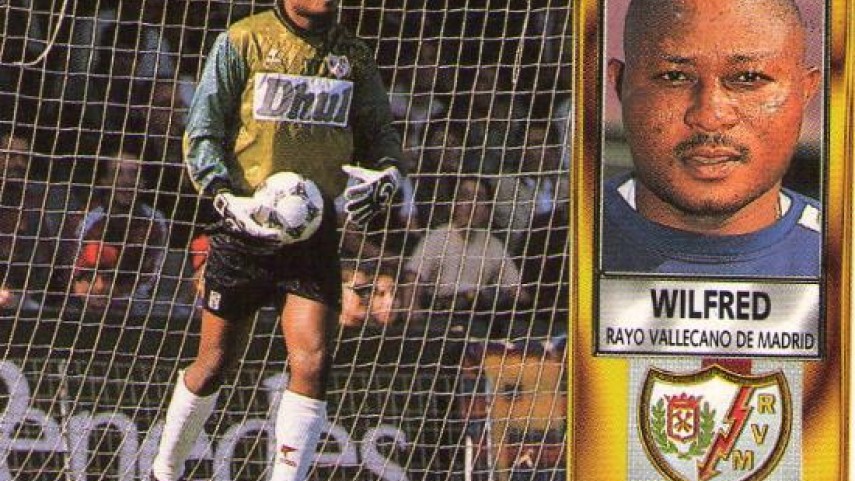 What became of... Wilfred

We remember the legendary goalkeeper who left great memories at Rayo Vallecano.

Who was he? Wilfred Agbonavbare (Lagos, Nigeria, 1966) was a goalkeeper who played in Nigeria, in England with Brentford FC and then for six years with Rayo Vallecano (1990-1996). In his final campaign here he played for Ecija Balompié.

What is he remembered for? For being the legendary goalkeepers of the Vallecas team in the 90s. He was a fan favourite because of his courage, honour and above all his charisma. He is still remembered for his performances, being one of Rayo’s best ever goalkeepers.

What became of him? Aged 31, after not renewing his contract at Écija Balompié, and not being able to find a club, he returned to Nigeria and retired. He then returned to Spain, and now works as goalkeeping coach at Club Deportivo Coslada.

Did you know? He was nicknamed the 'Cat of Vallecas' for his reflexes. Also, he was a key member of the Rayo side that were promoted to Liga BBVA in 1994/95 and played for his country at the 1994 World Cup in the USA.