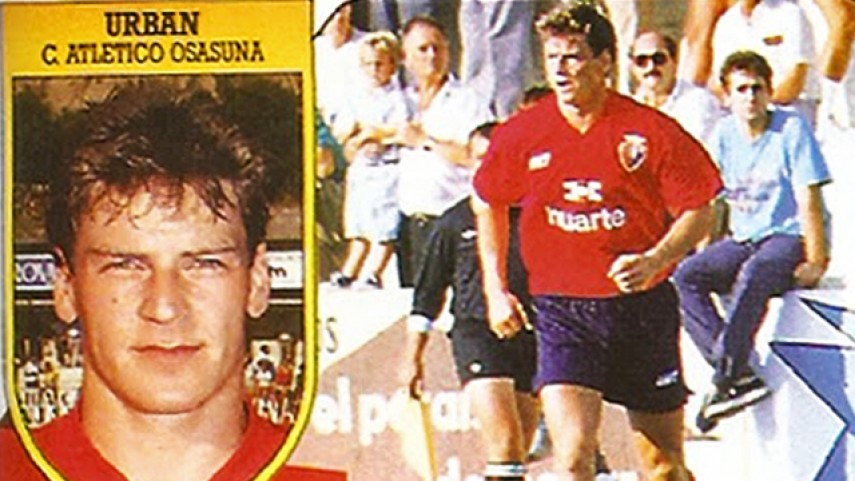 What became of... Urban

Who was he? Jan Urban (Jaworzno, Poland, 1962) was a Polish striker who spent six seasons with Osasuna (1989-1994). During his career he also played for Real Valladolid and CD Toledo.

Why is he remembered? For his time with the Pamplona outfit, particularly his incredible performance in the Santiago Bernabéu on the 30th of December 1990. That night, Urban scored a hat-trick against Real Madrid as Osasuna stormed to a 4-0 away win. That season, the Little Red Ones finished fourth in the Liga BBVA and secured a place in the UEFA Cup.

What became of him? He finished his playing career in his homeland with Górnik Zabrze and, after hanging up his boots, turned his hand to coaching. He returned to Osasuna to train the youth and reserve teams, as well as spend time as the club’s technical secretary. In 2007 he took charge of Legia Warszawa, a team with which he won the League and Cup titles in 2013. He has been without a club since last December.

Did you know? During the 1992/92 UEFA Cup campaign, Urban was the hero for Osasuna in second leg of the second round against VfB Stuttgart. The Polish forward scored twice to help the Navarre side to a 3-2 victory in the Neckarstadion, a result that sealed them a place in the third round, where they were eventually beaten by AFC Ajax.