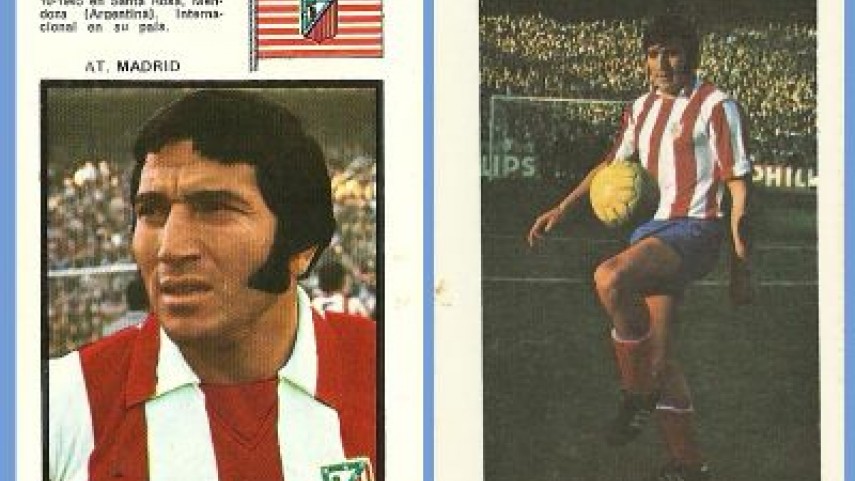 We take a look back at the Argentinian centre-back's career in Spanish football, both as a player and a manager.

Who was he? Iselín Santos Ovejero (Mendoza, Argentina, 1945) was a central defender who played in the colours of Spanish clubs such as Club Atlético de Madrid, Real Zaragoza, Terrasa FC and UE Sant Andreu.

What is he remembered for? Santos Ovejero played for Atlético de Madrid from 1969 to 1975. His quality and consistency earned him the moniker 'Lord of the area'. He won two Liga BBVAs with the rojiblancos in the 1969/70 and 1972/73 seasons and one Copa del Rey in 1972. He also played in the UEFA Champions League final that the side from the capital lost to FC Bayern Munich in 1974.

What became of him? Having hung up his boots he decided to start a career in management. After several years as a scout and coach in the youth leagues, in 1991 he was given the chance to manage the rojiblancos, although it was only for one match. Then Tomislav Ivić took over, only to be removed from the charge at the end of a season in which Santos had the chance to manage the team in the final of the Copa del Rey against RCD Mallorca, and eventually lift the trophy. In the 1992/93 and 1993/94 seasons, he was back on Atlético's bench, although only for a few matches.

Did you know? Shortly after signing for Zaragoza (1974) he played against a Santos FC that included Edson Arantes do Nascimento 'Pelé' in La Romareda. In the match, the Brazilian forward beat the Argentinian defender, and the ensuing chase ended with Santos falling into the net and bringing the goal down with him. The incident incident is still remembered at the club from Aragon years later.