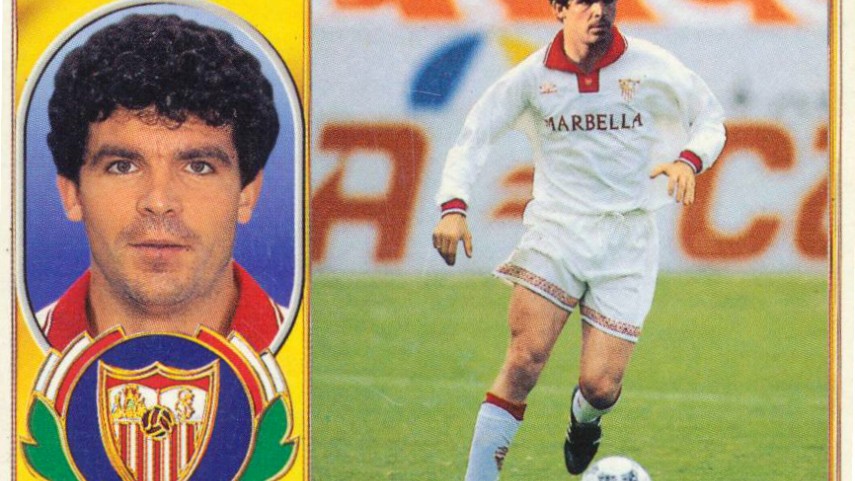 What became of... Onésimo Sánchez

We take a look back at the career of the ex-Sevilla, Barcelona, Valladolid and Cádiz player.

Previously… He played for six different Spanish teams in his thirteen seasons as a professional. After starting his career at Real Valladolid CF, and after a brief spell at Cádiz CF and FC Barcelona, he returned to the club from Castile and Leon until 1993. He then signed for Rayo Vallecano, where he played for five seasons. He has also pulled on the shirts of Sevilla FC and Burgos CF, the team he was at when he retired from the game. In total, he played 333 matches and scored 34 goals.

His achievements… If there is one thing he is remember for it is for being one of the best dribblers that has ever played in the Liga BBVA. His ability with the ball at his feet was astounding. The centrepiece of his trophy cabinet is a Copa del Rey from 1990 with FC Barcelona.

After hanging up his boots… He embarked on a journey that many retired players take, switching from the pitch to the dugout. After starting his managerial career with the Valladolid reserves in 2006, in 2008 he won promotion to the Liga Adelante with SD Huesca, but did not keep his job there. He was the manager of the Valladolid first team for two months after the exit of José Luis Mendilibar and later returned to Huesca. In 2013 he managed Real Murcia CF.

Did you know… Despite playing very little with Barcelona in the Liga BBVA, Johan Cruyff put his faith in him for a knockout game against RSC Anderlecht in the UEFA Cup Winners’ Cup and he turned the match on its head with his electrical football.