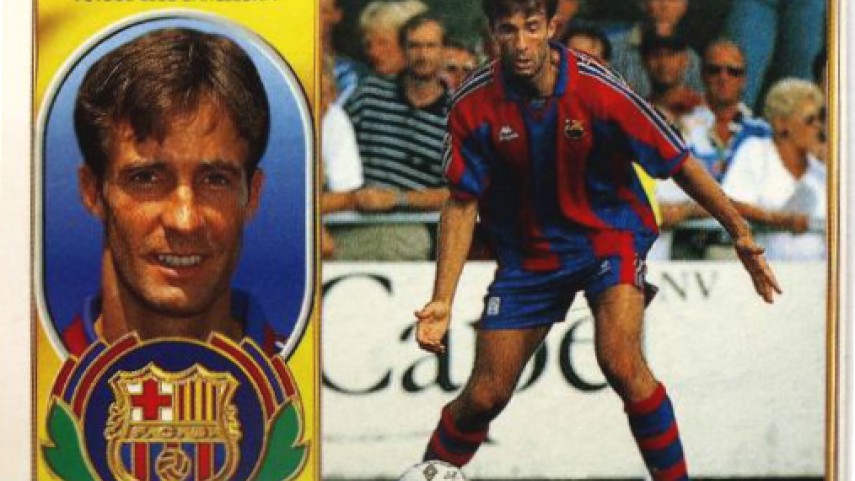 We look back on the career of the Bosnian forward who scored 73 goals during his time with Real Sociedad.

Previously... He moved to the Liga BBVA in 1991. After four incredible seasons with Real Sociedad de Fútbol, FC Barcelona signed him in order to put an end to the club’s title drought. However, he was unable to replicate the same form with the Catalan giants. He also failed to shine as brightly as he did with the Basque club during his stints with CD Tenerife and Deportivo Alavés.

His achievements… He scored 73 goals during his four years with Real Sociedad, managing to break the 20-goal mark in back-to-back seasons, which caught the eye of Barcelona. He did not light the world alight with the blaugrana, however, he did have a memorable performance against the Catalans’ biggest rivals, Real Madrid CF, by scoring two goals against the Whites in the same game.

After hanging up his boots… He became Jose Mari Bakero’s assistant at Real Sociedad de Fútbol in 2006, five years after announcing his retirement. However, his second spell with the club was short lived as Bakero was replaced in October. He took charge of the Bosnia-Herzegovina national side in 2008, but was unable to accomplish his objective of getting the 'blue dragons' to the 2010 FIFA World Cup. He returned to Real Sociedad once again in 2010, becoming the manager of the reserve team, a position he still holds today.

Did you know? … He signed for Real Sociedad because of the close relationship his manager at FK Velež Mostar had with John Benjamin Toshack. The Welshman, who was the manager of the San Sebastian outfit at the time, spoke about his need for a striker with Džemal Hadžiabdić, who proposed signing Kodro. The Basques bought him for 100 million pesos and sold him to Barcelona for 700 million pesos.