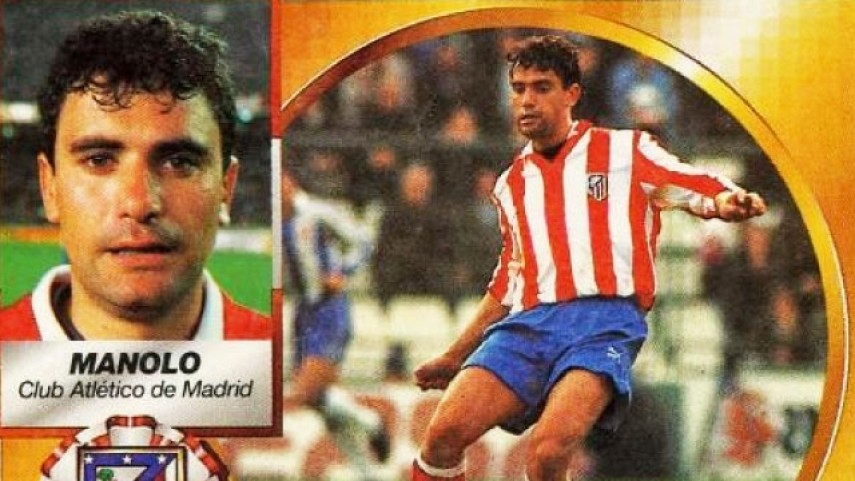 What became of... Manolo

We look back on the career of the Cáceres striker who scored bags of goals for Atlético, Sabadell and Mérida, among other teams.

Who was he? 'Manolo' Sánchez Delgado (Cáceres, 1965) was a forward from Extremadura who represented the Spanish national team on 28 occasions and enjoyed his most prolific goal scoring run while at Atlético Madrid. He also played for Sabadell, Real Murcia and CP Mérida.

Why is he remembered? Manolo, as he was known in footballing circles, was crowned the Liga BBVA top goal scorer during the 1991/92 season when he found the back of the net 27 times for Atlético, a team with which he would also won two successive Copa del Rey titles.

What became of him? After hanging up his boots he stayed in Spain to begin a managerial career. During the 2010/11 season he managed Club Deportivo Cacereño for eleven games in the Spanish third division (Segunda División B). He has also taken charge of teams in other categories of Spanish football like Rayo Majadahonda. He is currently the technical director of the Atlético Madrid Foundation.

Did you know? Manolo Sánchez Delgado scored on his international debut for the Spanish team against the Republic of Ireland in 1988. He was part of the Spanish squad during the 1990 FIFA World Cup and played against Uruguay in the competition.