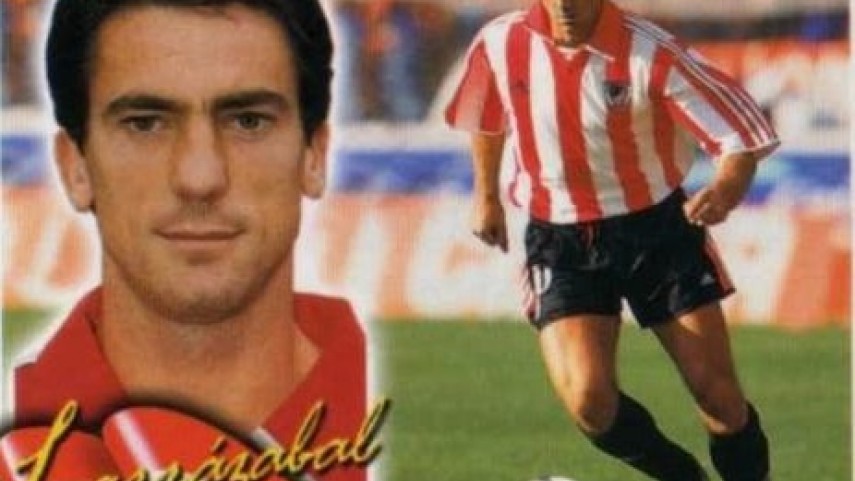 Previously…Aitor Larrazabal (Bilbao, 1971) was an Athletic Club defender throughout his footballing career. He played as a left back from the moment he broke into the first team after coming through the Lezama youth academy. He made his debut under the stewardship of Javier Clemente in 1990 against CD Tenerife. His characteristics made him a real threat in attacking positions where he would swing balls into the danger zone for forwards to get on the end of.

His achievements…He has made the sixth most appearances of any player in Athletic’s history, having played 445 games for the Lions. He was part of the side that finished Liga BBVA runner-up in 1998 and scored 48 goals during his 14 seasons with the first team, a significantly high number considering his position.

After hanging up his boots …He remained very involved with the world of football. He managed Gatika and then spent two seasons at the helm of SD Lemona, in the Segunda División B. Following that he became a coach in the Lezama youth academy, returning to the place he began his playing career.

Did you know?…He had a reputation as being one of the best penalty takers in the Spanish topflight. He scored 34 times from 42 attempts from the penalty spot, an average of eight goals from every ten spot kicks.