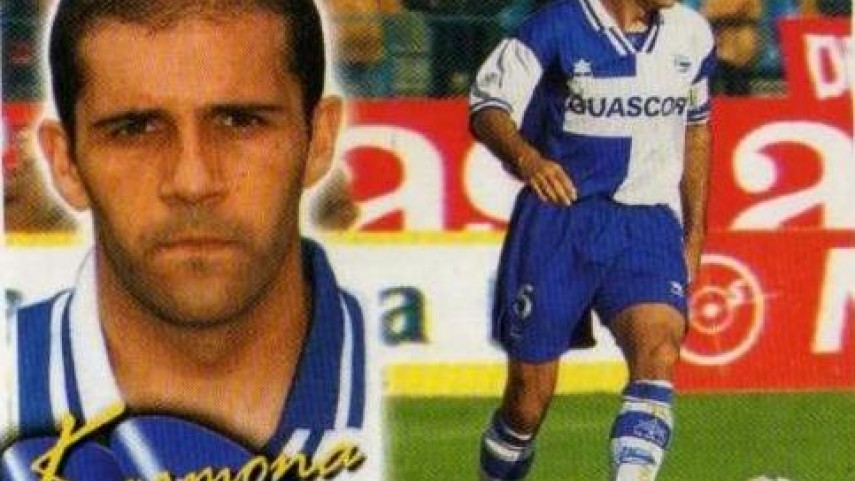 Who was he? A central defender from Bermeo (Vizcaya), he learnt his trade at Sestao SC and SD Eibar to later thrive as a player at Deportivo Alavés, where he served for seven seasons (230 matches) and eventually became captain.

What is he remembered for? For being the charismatic captain of the Alavés side that played in the 2000/01 UEFA Cup final against Liverpool FC. The modest team had a spectacular season in Europe, seeing off FC Kaiserslautern and FC Internazionale Milano before losing 5-4 in extra time in a dramatic final at Anfield.

What became of him? He retired in 2005 while at Eibar, to where he had returned upon leaving Alavés, and since then he has worked for Athletic Club as a scout while gaining his coaching qualifications.

Did you know…? Karmona came close to following in the footsteps of his father and becoming a fisherman in his hometown. When he was on the verge of completing his fishing boat captain studies, the ex-player from Vizcaya received an offer from Sestao that changed his life. He also had the honour of becoming the first player from Eibar to play with the Basque Country Regional Football Team.