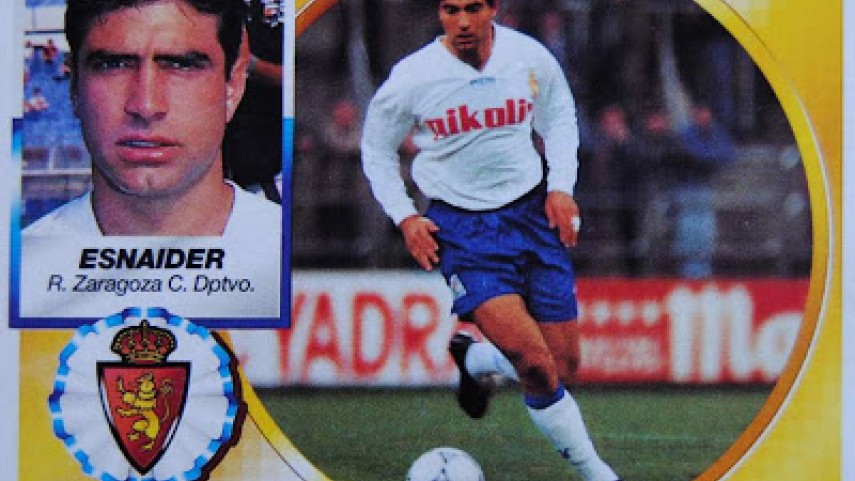 What became of... Juan Eduardo Esnáider

His achievements…. Besides the two Copas del Rey that he lifted during his time at Madrid and Zaragoza, and the Supercopa de España that he won during his first spell with the Whites, his high-point as a professional came in 1995. Esnáider opened the scoring at Monaco's Parc des Princes, when the Aragonese side went up against Arsenal FC in the UEFA Cup. Zaragoza won 2-1 and clinched the title. A year later, the Argentine became Atlético's first-choice striker in the 1996/97 UEFA Champions League.

After hanging up his boots… He stopped playing in 2004 after a spell with Club Atlético Newell’s Old Boys, but in 2008 he qualified to become a professional manager and returned to Spain and the dugouts of Zaragoza B and Córdoba CF. In the Liga BBVA he gained experience as a manager alongside Míchel González during his time at Getafe CF.

Trivia… His name is an adaptation to Spanish of the German name 'Schneider'. During his years as a footballer, Esnáider represented thirteen different teams and played in the Liga BBVA, Italy’s Calcio, the French Ligue and the Portuguese and German leagues.