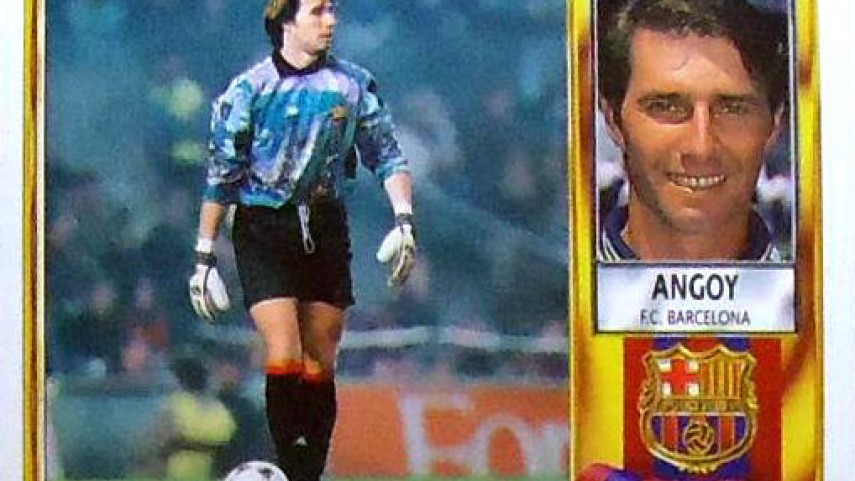 What became of... Jesús Angoy

What became of... Jesús Angoy

Who was he? Jesús Mariano Angoy (Alagón, Zaragoza, 22/05/1966) was a Spanish goalkeeper who spent a large part of his career at FC Barcelona and FC Barcelona B and formed part of the brilliant azulgrana squad of the 90's that won both national and international titles.

What is he remembered for? Despite learning his trade at the Barcelona academy and spending practically his whole professional career at the club, Angoy made his professional debut with CD Logroñés in the Liga BBVA.

What became of him? After hanging up his boots while at Córdoba CF in the 1995/96 season, Angoy continued his sporting career, switching to American football, a sport he played for seven years in the NFL Europe league.

Did you know…? During his time in American football, Angoy became the second highest scorer in the history of NFL Europe with Barcelona Dragons. Also, while at Barcelona, he shared a dressing room with Carles Busquets, the father of Sergio Busquets, who currently play's in the blaugrana midfield.