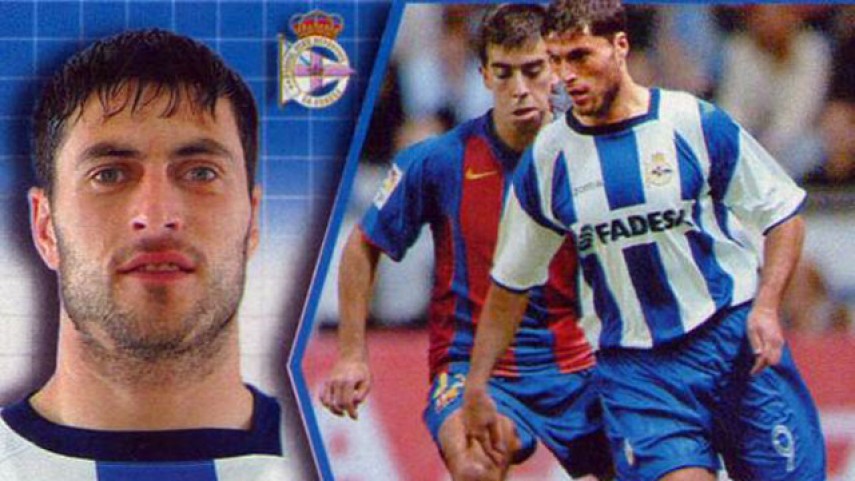 What became of… Diego Tristán

What became of… Diego Tristán

Who was he? A striker who was born in La Algaba (Seville). Having learnt his trade in the lower ranks of Real Betis Balompié and standing out at RCD Mallorca, Tristán spent most of his career at RC Deportivo La Coruña (six seasons). He won two Spanish Super Cups with the Galician side (2000/01 and 2002/03) and a Copa del Rey (2001/02).

What is he remembered for? He was a hugely talented player who was capable of turning a match with his genius. He made his Liga BBVA debut on the 12th of September 1999 in Mallorca's 3-0 win over CD Numancia. The goal he scored against AC Milan in the group stage of the 2002/2003 UEFA Champions League will always be remembered by the fans. Tristán also played for the Spanish national side in the 2002 FIFA World Cup in South Korea and Japan.

What became of him? After spells with AS Livorno and West Ham United FC, Tristán arrived at Cádiz CF in the 2009/10 season, and in 2011 he hung up his boots for good. He is currently the coach responsible for the Andalusian Under-16 and Under-18 sides.

Did you know that…? Tristán was the top goal-scorer in the Liga BBVA in the 2001/02 season, finding the net 21 times for Deportivo. In total, the player from Seville played 227 Liga BBVA matches and scored 95 times. For the Spanish national team, the striker played 15 matches and scored four goals. Tristán scored in the final of the 2002 Copa del Rey, in which Deportivo beat Real Madrid CF 1-2 on the day that marked the Whites' 100th birthday.