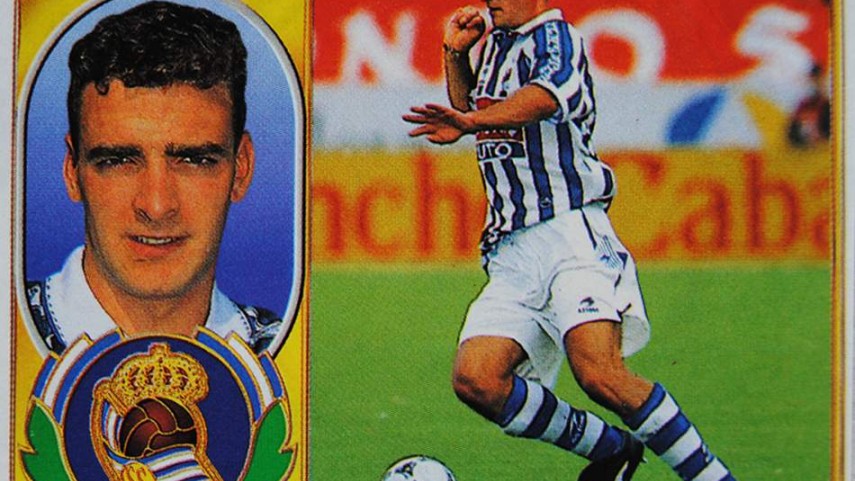 What became of… De Pedro?

What became of… De Pedro?

Who was he? Francisco Javier De Pedro (Logroño, La Rioja, 1973) was an emblem of Real Sociedad de Fútbol between 1993 and 2004. He signed for the 'txuri-urdin' as a scholar, and together with players like Íñigo Idiakez and Agustín Aranzábal reached the first team, where he played for more than a decade. He then left the Anoeta to play in England, Italy, Sweden and Greece, before retiring after brief spells at Burgos CF and CD Vera.

What is he remembered for? For his terrific left foot. The man from La Rioja was a dead ball expert, combining pace and precision, and forwards such as DarkoKovačević benefitted from his inch perfect crosses.

What became of him? De Pedro was a big fan of Basque pelota as a child, and following his retirement from football he returned to his origins, playing and training as a fan. The curious thing is that he plays right handed.

Did you know? De Pedro played for Spain 12 times and went to the FIFA World Cup in 2002 in Japan and South Korea. Following the exit of José Antonio Camacho as manager, he lost his place in the national side and his last game was on the 11th of June 2003 against Northern Ireland in Belfast.