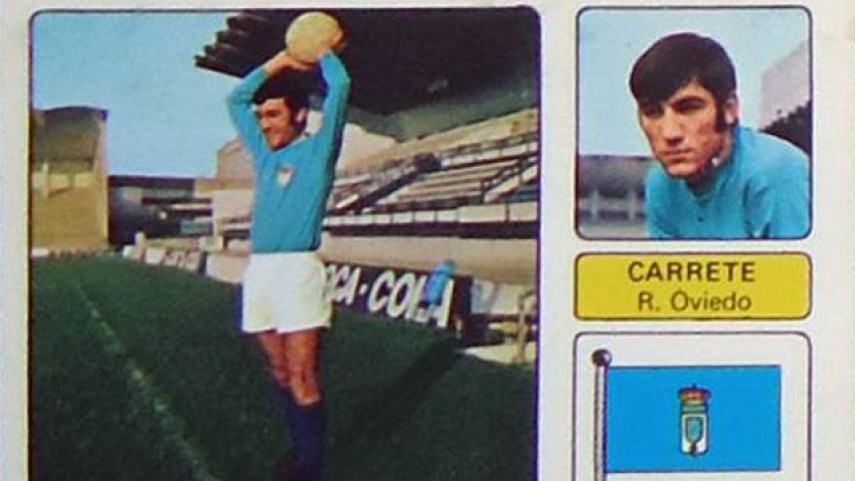 Who was he? José Carrete de Julián (born in Turón, Asturias, in 1942), he played for Caudal Deportivo de Mieres, Real Oviedo and Valencia CF and his professional career stretched from 1969 to 1983. The Asturian played more than 140 matches for Oviedo (in the Primera and Segunda División) and 270 with Valencia.

What is he remembered for? He was a member of one of the best teams in Valencia’s history, the side with which he won the Copa del Rey in 1979, the UEFA Cup Winners’ Cup in 1980 and the UEFA Super Cup in the same year.

What became of him? Immediately after hanging his boots up he starting coaching, and he is yet to stop. He has always managed modest outfits in the Regional Preferente, Tercera División and Segunda División B, some with the stature of Oviedo, SD Ponferradina and CD Ourense. Last season he won promotion to the Segunda División B with Atlético Sanluqueño CF.

Did you know? At Valencia they still reminisce about his marking of a young Diego Armando Maradona in the Mestalla on September the 4th 1982, when the Argentinian was playing for FC Barcelona.