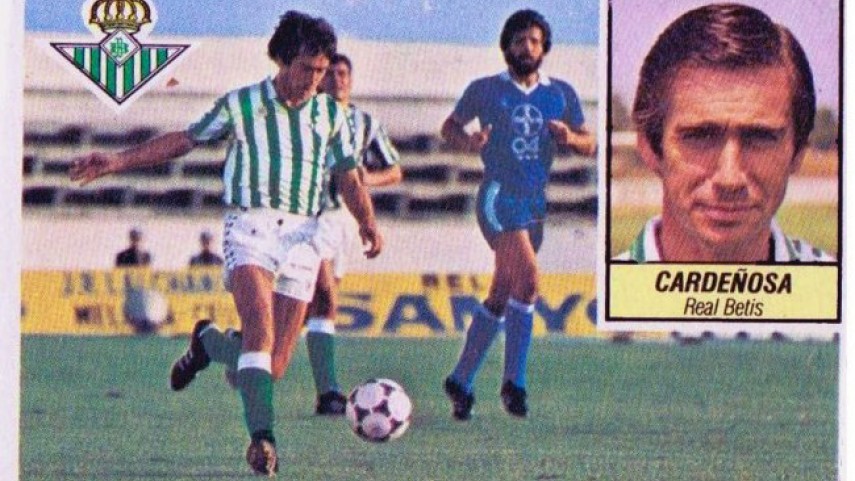 We remember the player with the most appearances for Betis in Liga BBVA. He was the leader of the side in the early years of the 80s.

Who was he? Julio Cardeñosa Rodríguez (Valladolid, 1949) was a Spanish player who was at Real Valladolid CF until 1974, signing for Real Betis Balompié in the 1975/75 season. His speed and slim build made him one of the game's most popular players at the end of the 70s and beginning of the 80s. Even though he learnt his footballing trade at small sides like San Fernando, the now defunct Arandina CF, and Europa Delicias, Real Valladolid's feeder club, when he arrived at the elite he was one of the most charismatic players of his era.

What is he remembered for? He made history as a player who made the most appearances in the green and white of Betis in Liga BBVA. He played in 306 matches and spent 11 seasons with the Andalusian side. Also, he was the leader of the side at the end of the 70s and won the Copa in 1977.

What became of him? He stopped playing top-level football in 1985, but carried on his relationship with Betis between 1989 and 1991 when he was the club's manager for two seasons. After, he also took the reigns at Córdoba CF and Écija Balompié.

Did you know? He was on the verge of signing for FC Barcelona in 1978, but the Andalusian side blocked the move because season ticket holders had threatened to return their tickets if Cardeñosa left the club. Also, "El Flaco" (skinny), as he was known, played in the FIFA World Cup in Argentina in 1978 alongside Juanito, Santillana and Marcelino. In the first round of the tournament he missed an open goal against Brazil, which went down in history. He said of it in an interview, "if I hadn't have missed it, I wouldn't be so well remembered".