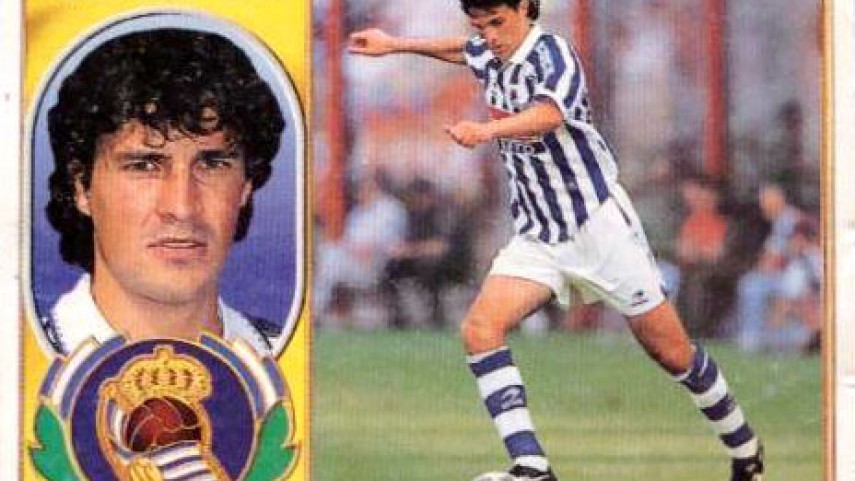 Who was he? Agustín Aranzabal Alkorta (San Sebastian, Basque Country, 1973) was a left-back who wore the colours of Real Sociedad de Fútbol for twelve seasons (1992-2004) and served in the ranks of Real Zaragoza (2004-2007) in his final three years in the top-flight of Spanish football.

What is he remembered for? For being one of the legendary players in the Basque side where he spent most of his playing days, taking part in 353 matches and captaining the side for several seasons. He was part of a memorable left flank along with another Sociedad player, Javi de Pedro, where, despite being a defender, he was known for his wont to go forward.

What became of him? After hanging up his boots he took his coaching qualifications, although he has still not managed any teams.

Did you know…? Aranzabal is the son of ex-Spain international José Agustín Aranzabal 'Gaztelu', a player who also played for the blanquiazules between 1966 and 1981. Although his father was a defensive midfielder, the defender clearly inherited his fighting spirit.