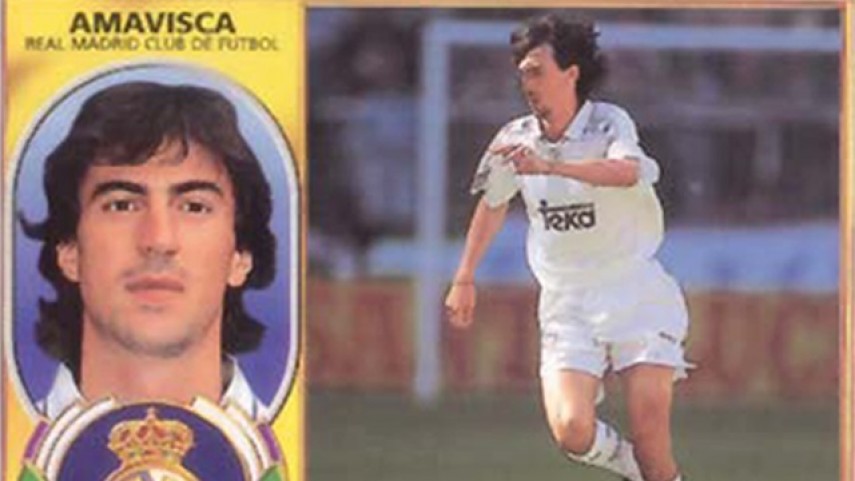 Who was he?: A skilled winger who played in the colours of Real Valladolid CF, UE Lleida, Real Madrid CF, Real Racing Club, RC Deportivo de La Coruña and RCD Espanyol in a long career between the years of 1989 and 2005.

What is he remembered for?: Primarily for his spectacular 1994/95 league season with Real Madrid. He arrived as a relative unknown from Valladolid, and Jorge Valdano (The Whites’ manager at the time) initially didn’t see him as starter, but after a fine preseason he became a fixture in the first XI, where he scored 10 goals and laid on a multitude of assists. The partnership he formed with Chilean striker Iván Zamorano is well remembered as one of the main factors behind Madrid’s title win.

What became of him?: He hung up his boots in 2005, and has since moved into the media. He’s a TV and radio commentator, and also writes opinion articles on sport in a paper based in his home community of Cantabria. He is a regular in the Real Madrid Veterans side.

Did you know? He scored the fifth and final goal in Real Madrid’s 5-0 victory over FC Barcelona on the 7th of January 1995. His performances in that campaign lead to a call up to the Spanish national side and multiple awards, such as the best Spanish player of the season.

He was one of the gold medal winning side at the 1992 Olympic Games held in Barcelona.

His celebration with one knee to the ground, head bowed and finger pointing at the sky was very popular during the 90s.