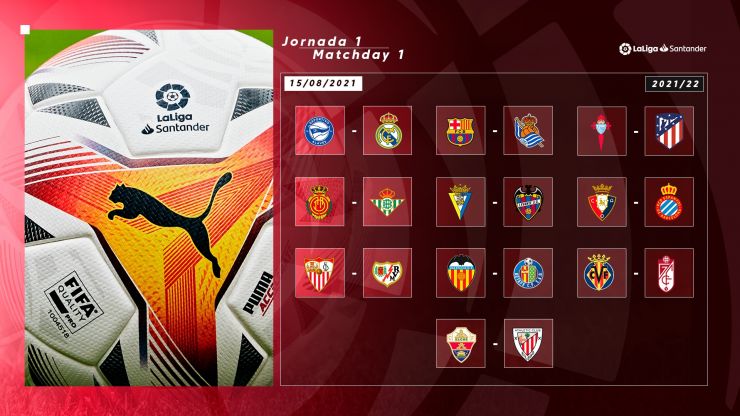 Want to know which teams will face each other on the first Matchday of LaLiga Santander 2020/21?

Find out about the first Matchday of LaLiga Santander 2021/22

The 2021/22 LaLiga Santander calendar has been revealed. The new season, which will start on the 13th of August, now has its 38 Matchdays defined. If you want to know which matches will kick off the season, read on.

RCD Espanyol, RCD Mallorca and Rayo Vallecano, the three teams that have been promoted to LaLiga Santander will be looking to start their league campaign strongly. RCD Espanyol will begin their season at El Sadar against C.A. Osasuna, while RCD Mallorca will host Real Betis and the team from Vallecas will travel to the Sanchez Pizjuan.