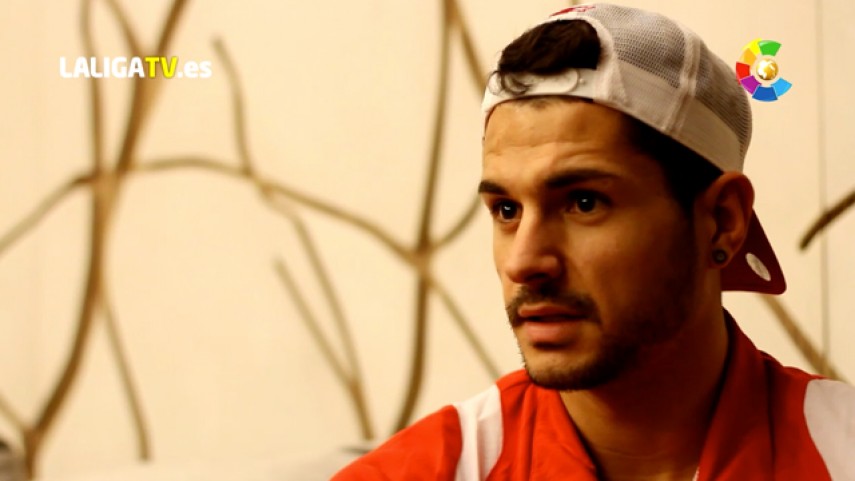 The Sevilla footballer talked exclusively to LFP.es about the first stages of the Asia Tour and his team’s successful season.

The Sevilla FC Asia Tour has reached its halfway point. The Seville team, the first Spanish side to take part in the LFP World Challenge, overcame Pelita Bandung Raya (0-4) in the first game of the prestigious tournament, and this Friday they travel to Malaysia where they will play in the second match versus Kuala Lumpur.

Before this exciting tour, Víctor Machín ‘Vitolo’ spoke to La Liga TV. The player, awarded the LFP prize for best footballer of the Liga Adelante in 2013, discussed his first season as a Sevillista and their success in the UEFA Europa League, revealing his wishes for the future of the Seville side. Vitolo also expressed his delight at taking part in an event like the LFP World Challenge.