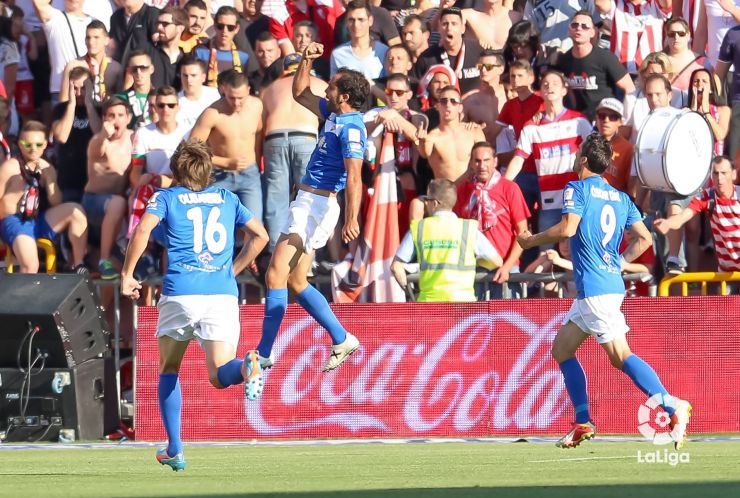 The Andalusians took a giant step against Granada through goals from Verza and Aleix Vidal, though both teams will be fighting for survival on the final matchday.

UD Almería earned an important 0-2 victory at the Nuevo Los Cármenes Stadium against Granada CF on matchday 37 of the Liga BBVA. Francisco Rodríguez’s side now have 39 points and climb out of the relegation zone, though they will be fighting for survival on the final matchday, much like their opponents.

The early stages were very evenly matched, but it was the visiting side who took the lead on the scoreboard. Seventeen minutes in, the referee awarded a penalty after a foul by Fran Rico on Verza inside the box. It was the midfielder from Alicante himself who converted the penalty to make it 0-1, lifting his team’s hopes for survival. The rojiblancos looked for the equaliser but Fran Rico, their most dangerous player in attack, came up against an impressive Esteban Suárez who prevented the home side from scoring before the break.

After half time, Granada, knowing what was at stake, fought back but came up against well organised opponents who would not give up in their fight for survival. Brahimi and Ilori had the best chances in the second half, but they were unable to get past Esteban. In a crazy finish to the game, end-to-end stuff, Almería looked for their second goal on the counter-attack, but it came through Aleix Vidal from the penalty spot. A crucial victory that keeps Almería alive in the Liga BBVA.