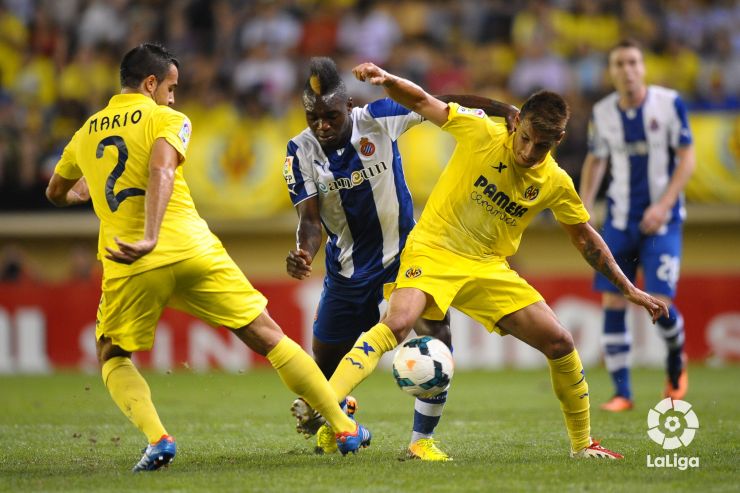 The yellows celebrated their 500th match in the Liga BBVA with a 2-1 win over Espanyol.

On Thursday night Villarreal CF, in its 500th match in the Liga BBVA, was victorious over RCD Espanyol, with a 2-1 win in the match which closed out matchday 6 of the championship. Goals from Jérémy Perbet and Jonathan Pereira gave the Spanish outfit its 200th win in the top flight despite some last minute nerves after Sergio García's goal for the visitors.

The match could not have started better for Villarreal. The yellows got the first goal after just 31 seconds of play. After a cross from the right flank, Cani's glancing header left Perbet alone in front of the keeper. The French striker had little work to do to give his team the lead before many spectators had even taken their seats.

Espanyol tried to respond and applied pressure up front in search of a goal to draw level, but it was Villarreal who created the best chances. In one, the Mexican Giovani Dos Santos, in a one-on-one with Kiko Casilla, fired the ball into the Spaniard's chest. Later Giovani again found himself alone on the way to the visitors' goal, but Casilla was up to the task once more.

The Catalonian team appeared revitalised after the break and had Villarreal on the back foot for some time. The home team searched of an opportunity to move forward and found it with a great counter-attack. Cani dribbled his way towards the goal-line and delivered a sublime cross which only required a touch from Jonathan Pereira to make it 2-0.

Javier Aguirre's men finally managed to get into the match in the dying minutes thanks to an extraordinary goal from Sergio García, but Villarreal gained control of the ball to guarantee a victory which means the team is still unbeaten and is now in fourth place in the Liga BBVA.