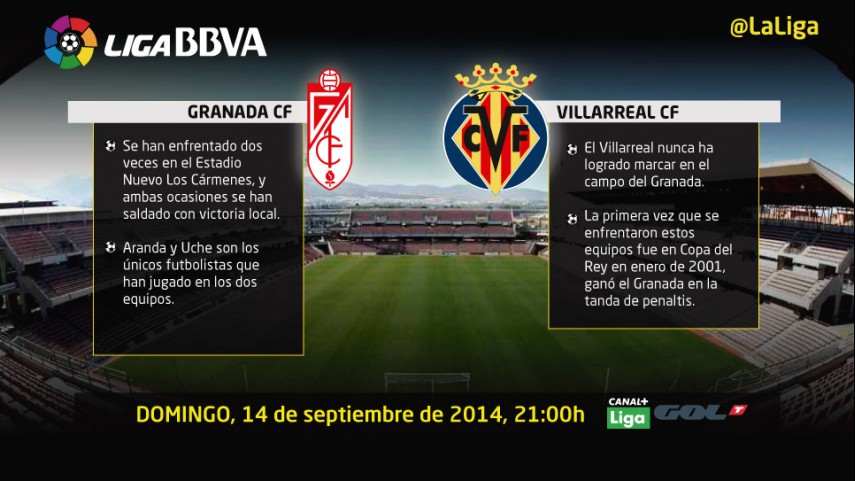 The Yellows will be without key players like Gio Dos Santos and their two left backs for the game against Granada.

Joaquín Caparros and Marcelino García Toral will face each other from the dugout for the tenth time, in the Granada CF-Villarreal CF clash. The Andalusians won their first game of the season and then watched the three points slip away from them against Elche CF in the final moments of the encounter. Villarreal, meanwhile, come off the back of a notable performance against FC Barcelona in which the Yellows made life difficult for Luis Enrique’s side, though in the end they could not come away with any points.

Eighteen players will be available to Caparrós for the encounter, with Youssef El Arabi the most notable absentee, through injury. Villarreal have several significant absences such as striker Giovani Dos Santos, Ikechukwu Uche and left backs Jaume Costa and Bojan Jokic.

The Granada manager highlighted his opponents' virtues: "It's a team that has a very clear plan. They're fast, they want to control the game, they kill you on the counter-attack". For Marcelino, the game will be a chance for revenge: "Last year they beat us easily, so we’re determined to get our own back and make up for what happened".