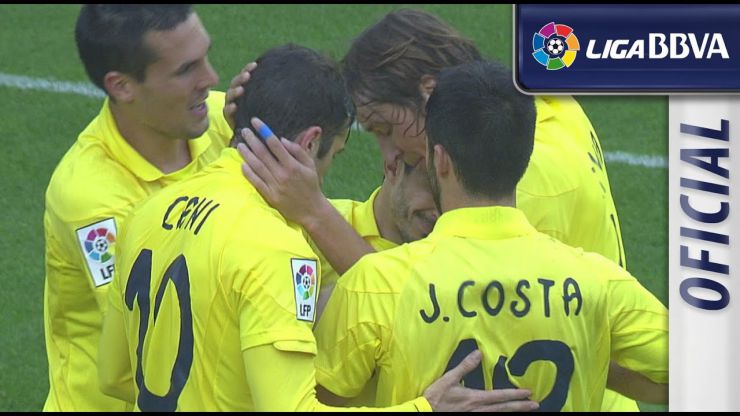 The Yellows and ilicitanos drew 1-1 in an evenly matched encounter on matchday 31 of the Liga BBVA.

Villarreal CF let a good opportunity to join the fight for the European spots go by with a 1-1 draw against Elche CF. Damián Suárez, who scored his first goal in Spanish football, and Jonathan Pereira were the scorers.

The first half at the El Madrigal Stadium was an even affair. The home team were the first to make a statement as soon as the match got underway. However, it was Elche who opened the scoring. Damián Suárez scored from the penalty spot after a foul by Jérémy Perbet on Alberto Botía inside the box, before Jonathan Pereira drew his team level before the break.

The equaliser spurred the home team on going into the second half. Midfielder Cani had the best chance with an angled shot that was deflected, while Moi Gómez made an attempt with a long shot. Neither was successful. In the end, a lack of accuracy on goal and good work by both defences meant the scoreboard remained on 1-1 for a result that favoured neither team.