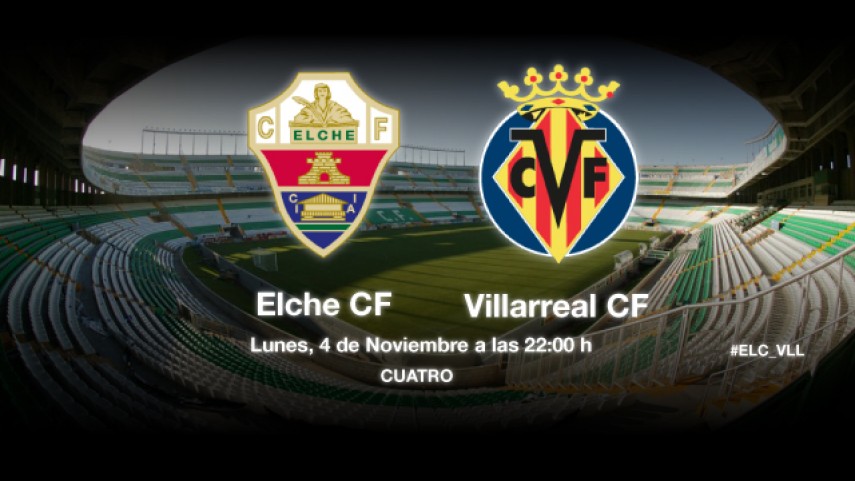 The Yellows, currently fourth in the table, will test the momentum earned by Elche by three wins in its last five matches.

Elche CF receives Villarreal CF in a match that is sure to be passionate. The former club has only had one defeat, 0-1 against Getafe CF, in the last five matches. The Yellows will enter the Estadio Martínez Valero hoping to take three points home and keep hold of their fourth place in the Liga BBVA.

So far Fran Esribá's team have accumulated 13 points in the league, the manager evaluated Villarreal's season so far: "They have an extraordinary squad and they are having a great season". Defender Eduardo Albácar and striker Richmond Boakye are serious doubts for the match.

For his part, Marcelino García Toral comes to Elche without defenders Bojan Jokić and 'Chechu' Dorado, and midfielder 'Farinós'. The coach from Asturias is hoping his team will return to form away from home: “The match, regardless of our result against Getafe, is very important. We have not played to the standard we strive for in the last two away matches, above all the last one“.