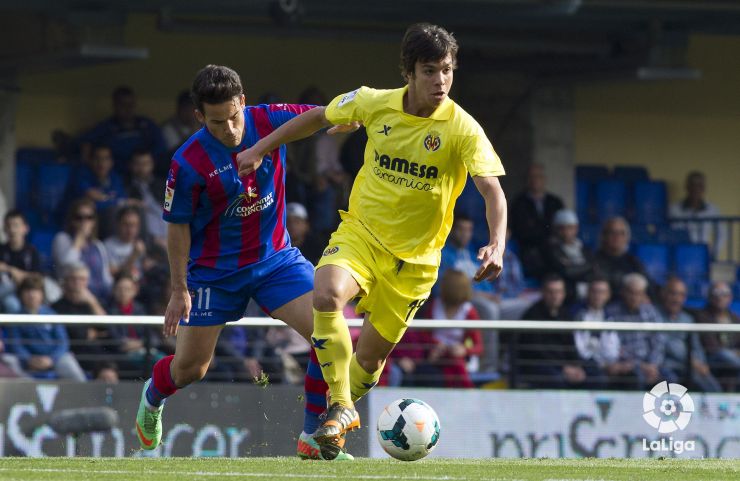 The Yellows scale the table after beating Levante 1-0 with a goal from Perbet in the dying breaths.

Villarreal CF beat Levante UD 1-0 in one of the Liga BBVA matchday 33 clashes. Thanks to a goal from Jérémy Perbet in added time, the Yellows have climbed into sixth place, while Joaquín Caparrós' side remain in the middle of the table.

The sides provided a tight first half, in which little danger was created in either area. The best chance fell to the home side with a shot from Jonathan Pereira after twelve minutes, which Keylor Navas stopped with his foot. For their part, the granotas also had a good opportunity to open the scoring when the clock read 25, but Víctor Casadesús’ shot was high of its mark.

After the break it was Villarreal that put the pedal to metal and demonstrated its intention to take all three points. Despite Levante's well-organised defence and a solid performance from Keylor Navas, who stopped another shot from the home side towards the end of the match, the Yellows finally got their reward with a header from Perbet in the 95th minute, much to the delight of El Madrigal.