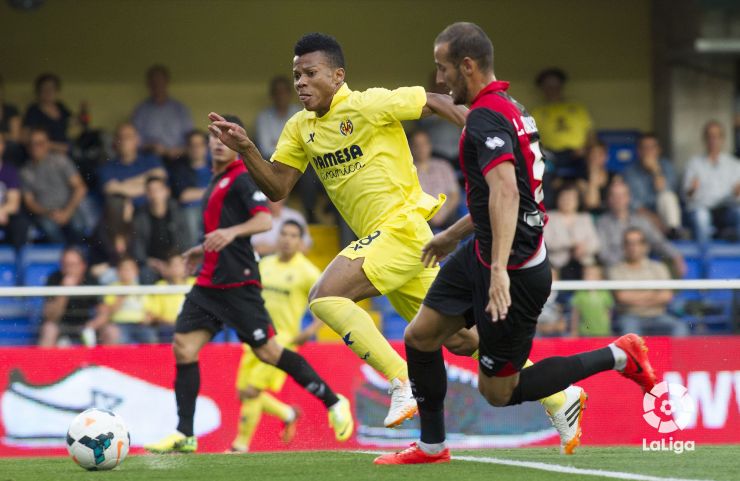 Villarreal put on a show in El Madrigal

Marcelino’s men romp to a 4-0 victory against a helpless Rayo side. Jonathan Pereira scores the 1000th goal of the 2013/14 Liga BBVA season.

Villarreal CF and Rayo Vallecano put on a wonderful show to kick off the action on matchday 37 of the season. The Yellow Submarine won all three points after beating the Madrid side 4-0 in a match which saw Jonathan Pereira score goal number 1000 of the 2013/14 Liga BBVA season.

Marcelino García Toral’s men looked the most dangerous at the beginning of the match with Cani and Giovani dos Santos having chances early on. On the midway point of the first half, a great knock down by Mateo Musacchio found Nigerian forward Ikechukwu Uche who put his side in front. Rayo tried to get back into the encounter but were unable to unlock the home team’s solid defence, and just before half time Villarreal made it 2-0. This time round it was Bruno Soriano who found the back of the net after Javier Aquino found him with a great pass.

After the restart, pacey forward Jonathan Pereira found himself alone in front of Rubén and produced a quality finish to score his team’s third. It was also the 1000th Liga BBVA goal this season. Shortly afterwards, defender Jaume Costa bagged a fourth for Villarreal. Eventually, the Yellows took three points that keep them in seventh place, while the visitors stay in eleventh.