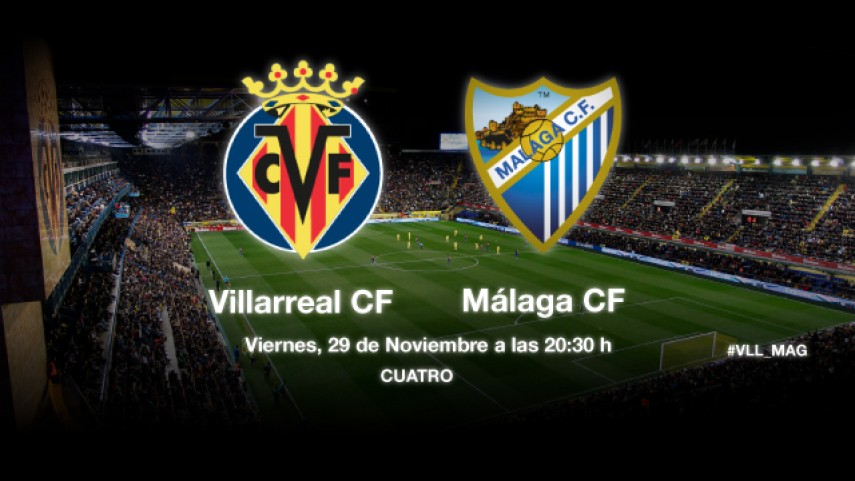 Villarreal hope to build on their momentum

The Yellows, currently fourth in the Liga BBVA, will be fighting for their ninth victory of the season against a Málaga who are looking to bag three points away from home for the first time.

Villarreal CF, whose spectacular early season has taken them to fourth place in the Liga BBVA, will play host to a Málaga CF who are in need of an away win, something they are yet to experience this season.

The Yellows, who occupy a UEFA Champions League spot, have only lost at home to Getafe CF (0-2). For Friday's match, Villarreal's coach, Marcelino García Toral, will have defender Chechu Dorado and striker Giovani dos Santos back for selection, while midfielder Francisco Javier Farinós is still out. Marcelino is aware of his opponent's situation: "When you're in a rut you just want to get out of it and they come here in need of a positive result in order to do that".

For their part, the team trained by Bernd Schuster will be bidding to turn things around in the Estadio de El Madrigal without forward Mounir El Hamdaoui and defender José Manuel Casado. Their midfielder Francisco Portillo is serving a suspension for accumulated cards. The German coach spoke of his team's hard work, saying that "the results do not correspond to the amount of work we have put in".