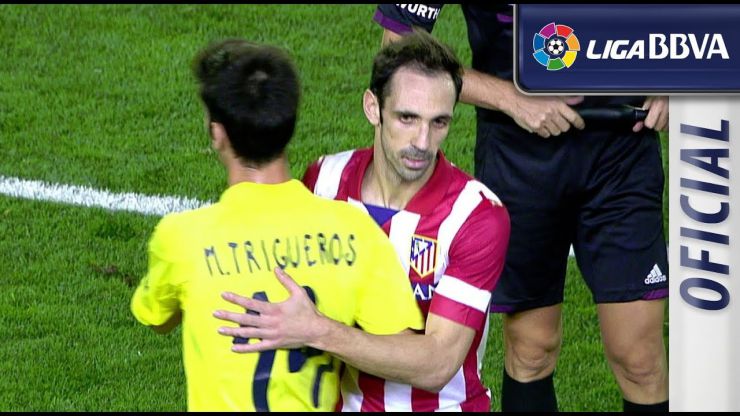 Marcelino’s side grabbed their chance with both hands to keep a point in the El Madrigal against an Atlético that had been 0-1 ahead.

Villarreal CF rescued a point against Club Atlético de Madrid in a very tight match which could have produced more goals. The 1-1 result leaves the teams in fourth and second positions, respectively, with ten points between them.

It was a fast and passionate game in the Estadio El Madrigal and the team from Madrid did not have to wait long to take the lead. A move down the right wing from Juanfran Torres ended in a cross to the penalty spot that Villarreal’s defender Mario Gaspar redirected into his own net. With a 0-1 lead, Atlético was happy to sit back and wait for another chance to present itself.

Villarreal, far from losing confidence, kept the visitors on their back foot and went all out for the equaliser. It was 'Cani' who shortly afterwards had a chance to draw level, but his shot flew over the bar. Asturian striker David Villa had his own chance to extend his team’s lead, but his header missed the target.

Pacey striker Jonathan Pereira also threw away a chance by shooting wide, however, his teammate, Jérémy Perbet, whipped in a delightful cross between the defence and the keeper leading to an own goal from Juanfran. There were no more goals, and the resulting 1-1 leaves the teams in fourth and second place respectively.