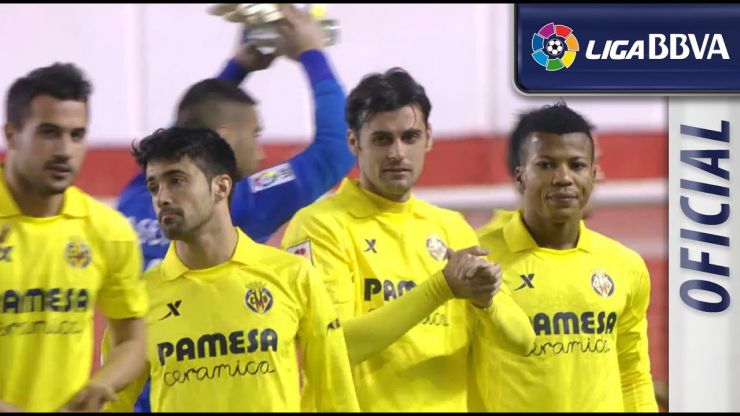 Villarreal cling on to Europe

The Yellows beat Rayo 5-2 with a hat-trick from Uche and two goals from Perbet to remain in the European zone.

Villarreal beat Rayo Vallecano 2-5 in the match that closed out matchday 18 of the Liga BBVA. The comfortable win spells an end to a difficult spell for the Yellows after three matches without a win and keeps them in the European zone.

The first half of the clash was breathtaking. The team from Vallecas fired the first warning shot with a free-kick from Alejandro Gálvez that rattled the crossbar, but Marcelino García Toral's team proved lethal on the counter and highly unforgiving. Ikechukwu Uche opened the scoring in the tenth minute after latching on to a delightful pass from Jérémy Perbet, who rounded off his impressive first-half performance with two goals that practically wrapped things up for Villarreal. Jonathan Viera was the star for the home team, but the woodwork was to deny them once more after a spectacular move from the Canary Islander when the clock read 27.

In the second half, Uche put the final nail in his opponents' coffin with two more goals to make it 0-5 and Nery Castillo twice cut the deficit for the franjirrojos. The bad news for the winners came when Sergio Asenjo clashed with his own defender, José Antonio Dorado, who left the pitch on a stretcher.