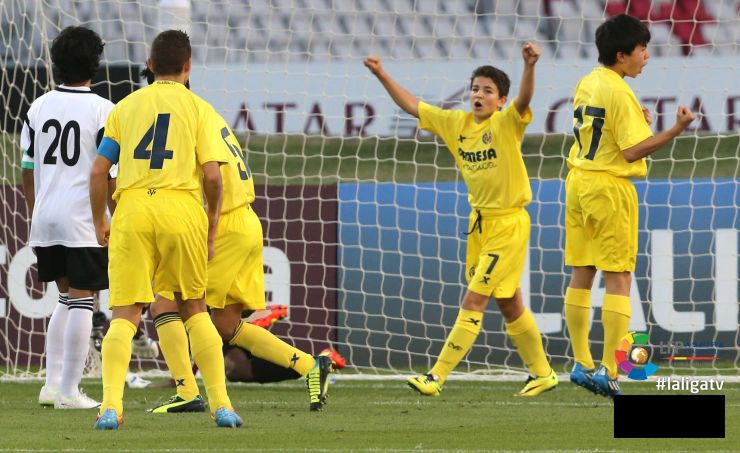 Villarreal carry on winning at the First LFP Aspire Challenge

The Yellows recorded their second win of the tournament, whilst Sevilla and Almería also won on Sunday.

The First LFP Aspire Challenge is being played in Doha, Qatar, and Villarreal CF once again were the protagonists on Sunday.

If there is one team that have shown form in the tournament organised by the LFP and the Aspire Academy, it is The Yellows, who now have six points after a 3-2 win over Schools United, one of the Qatar sides in the competition.

In another of Sunday’s games Sevilla FC downed RC Celta de Vigo 3-0, makings amends for their defeat suffered on Saturday. Another of the sides who won was Almería, who now have four points thanks to their 2-1 win over Real Sporting de Gijón, who played their first game. Meanwhile, Atlético de Madrid and Málaga drew 0-0 and now have four and one point respectively. After the first two games of the tournament, Atlético are leaders of Group A with four points, Almería lead Group B (four points), Sevilla and Valencia are level in Group C, whilst Villarreal lead Group D having won both of their games.