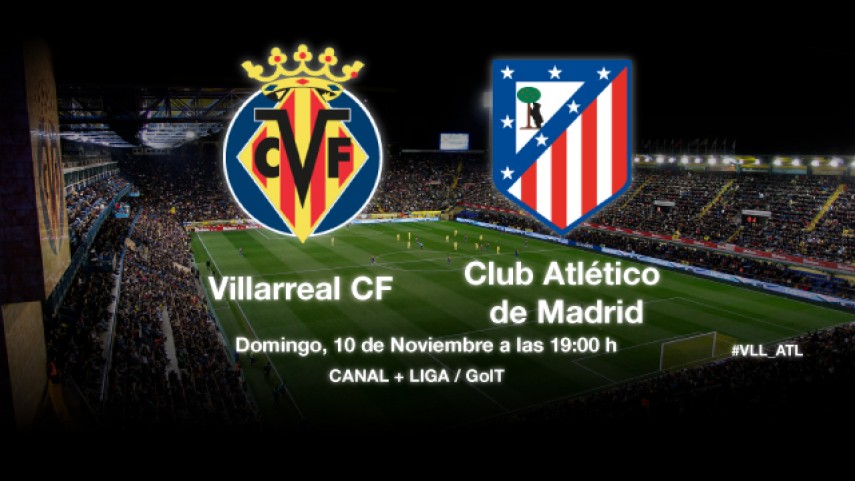 The Liga BBVA fourth and second placed sides meet in a match between the season’s two in-form teams.

Villarreal and Atlético Madrid will put each other’s great league form to the test during matchday 13 of the Liga BBVA. The Red and Whites won’t want to relinquish their hold near the top of the league, while the Yellow Submarine will be looking to use El Madrigal to its advantage and remain in the European places.

Marcelino García Toral will be without the injured José Antonio Dorado and Giovani dos Santos, while Pablo Iñiguez is suspended. The Villarreal coach was full of praise for the opposition ahead of this clash. "They are strong and are in great form", he said, "and it will be a tough match". He also spoke about what he thinks will be key to winning: "if we don’t match their intensity, we will lose".

Atlético Madrid travel to Villarreal with some good news, the return of Arda Turan to Diego Pablo Simeone’s squad. However, the Madrid outfit will be without its three Uruguayans: Cristian Rodríguez, Diego Godín and José Luis Giménez. Also unavailable for selection are Mario Suárez and Dani Aranzubía, who are both out with injuries, while Luis Filipe is suspended. Similar to Marcelino, Simeone also sang the praises of his team’s upcoming rivals: "it is a club I follow intently. They have done things well and despite suffering a hiccup, the side has reacted immediately, which speaks volumes about the coaching staff".