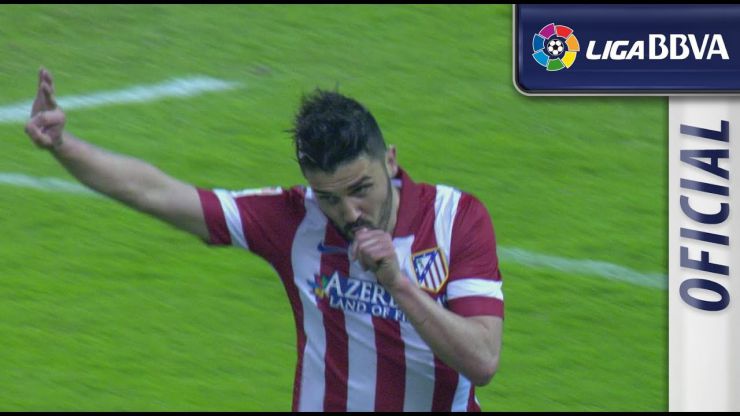 Villa seals it in two minutes

Two goals from the Asturian striker tipped the match in favour of the rojiblancos to secure their second place in the league.

Club Atlético de Madrid did not waste the opportunity to pull away from FC Barcelona in the Liga BBVA table and they defeated RC Celta de Vigo with a stellar performance from David Villa, claiming two goals, who had never scored at the Balaídos Stadium.

The first half of the match saw the two teams alternate possession of the ball and there were chances for both sides, though it was the rojiblancos who had the best opportunities to score. Raúl García, with a shot from the centre of the field, and Koke, with a low drive deflected by the keeper Yoel, could have given the visitors the lead before half time.

The break did not change the dynamics of the match and it was Atlético, once again, who were more lively in front of the goal, and they soon had their reward. David Villa, who had not had a shot on goal all game, scored a ‘double’ in two minutes to tip the match in his team’s favour, securing second place for Diego Simeone’s side and breaking Vigo’s run of six games unbeaten at home.