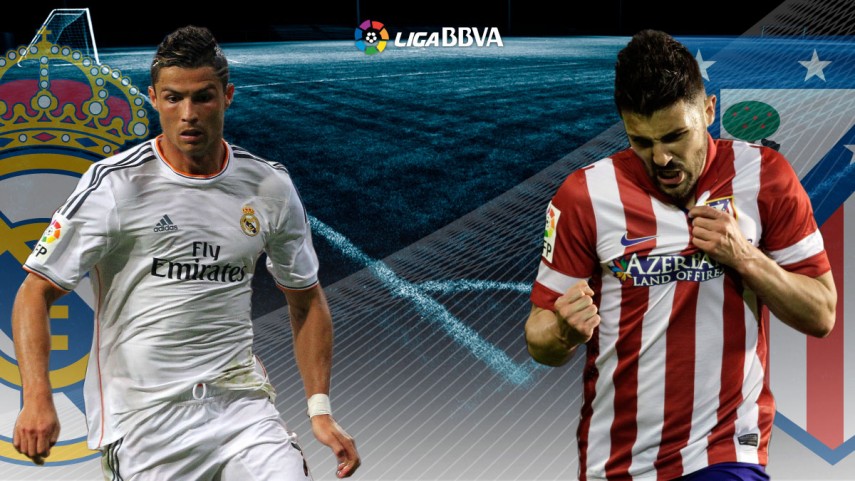 Both the Spaniard and the Portuguese have opened the scoring seven times in the 27 Liga BBVA matchdays.

David Villa and Cristiano Ronaldo. Cristiano Ronaldo and David Villa. Two goal-scorers, one goal: to conquer the Liga BBVA. One plays at Atlético de Madrid, the other at Real Madrid. Both of them have helped the Madrid sides find the top two spots in the table. Moreover, both have opened the scoring seven times so far this season.

The statistic takes on even more weight when you take into account that some of these goals have led to a victory that was essential for their aspirations to the league title, such as the most recent example, in this weekend's match. Villa, as well as finding the first goal for Atlético de Madrid, rounded off his great performance with a second against RC Celta de Vigo on a pitch on which he had never scored. Three points for the rojiblancos thanks to goals from the Spanish assassin.

Ronaldo, the Liga BBVA's top goal-scorer with 24, shares Villa's ability to open the scoring. He is not to be outdone by the Asturian and on Sunday he made it 1-0 against Levante UD in Real Madrid's 3-0 win over the granotas, which put his team at the top of the table. Not only that, it was also the 100th Liga BBVA match he has found the net in. The record is held by his old teammate, Raúl González Blanco, with 186 matches.

The two strikers are used to providing the first push towards victory when their teams find themselves on the back foot. Villa was his team's saviour against Celta, Real Sociedad de Fútbol, his favourite opponent, having scored in both games against the Basque outfit (1-2 and 4-0). He also did so at home against UD Almería (4-0), in the clash with Athletic Club in the Estadio Vicente Calderón (2-0), and the draw against Sevilla FC in the victory on the road at Rayo Vallecano (2-4). All the first goals were his in these games and the rojiblancos ended up winning six out of the seven.

For his part, the Portuguese striker did the deed first against Elche CF. That day saw him find his first brace of the season, scoring a decisive goal in the final minutes. He also started his team's 3-2 win over Rayo in the Estadio de Vallecas, the thrashings of Real Sociedad (5-1) and Almería (0-5) and Real Betis Balompié (0-5), the 2-0 win over Granada CF and finally against Levante UD last weekend. Ronaldo's openers have led to a clean sweep of victories.

Not only are they known as deadly strikers, their goals also lift their teams by opening the road to victory. They are both opportunists who make the most of their chances with some clinical finishing, their greatest strengths.